VIDEO: A Look Back At GRAND PUBA

This is the companion post to this week's podcast of THE ZRO HOUR, paying homage to the one and only GRAND PUBA:

SEXY- Masters of Ceremony (no embed available; click to view)


WAKE UP (Reprise in the Sunshine)

A LITTLE OF THIS feat. Kid 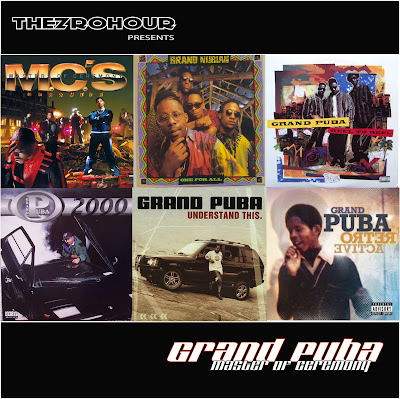 THE ZRO HOUR is back with a tribute to one of the most talented, pioneering and trendsetting emcees- GRAND PUBA. Grand Puba has long had legendary status with over 20 years in hip hop. From message driven raps centered around the philosophy and teachings of the 5% Nation of Gods and Earths, to party jams that stay on repeat, Grand Puba has long been a favorite of fans and peers alike. Puba has lengthy production credits dating back to his work with Positive K and has always produced music for his own projects. He has returned to recording and dropped a 4th solo album this year titled "Retro-Active". I had the pleasure of meeting and briefly interviewing him this summer at his listening party in NYC.

This episode is absolutely one of the best as I am proud to present some of Grand Puba's best work. Enjoy the show!

VERY SPECIAL
STEP TO THE REAR
360 (What Goes Around)
A LITTLE OF THIS feat. Kid
REEL TO REEL
SEXY- Masters Of Ceremony
WHO CAN GET BUSY LIKE THIS MAN?
PROPER EDUCATION
WAKE UP (Reprise In The Sunshine)
CHECK IT OUT feat. Mary J. Blige
WHAT'S THE 411?- Mary J. Blige feat. Grand Puba
INTERVIEW WITH GRAND PUBA
WHO MAKES THE LOOT?- Brand New Heavies feat. Grand Puba
GRAND PUBA, POSITIVE & L.G.
SKINZ- Pete Rock & CL Smooth feat. Grand Puba
ALL FOR ONE- Brand Nubian
I LIKE IT ( I Wanna Be Where You Are)
SAME OLD DRAMA feat. Large Professor
CHANGE GONNA COME
Posted by EDAYE at 2:12 AM No comments:
Labels: grand puba, podcast 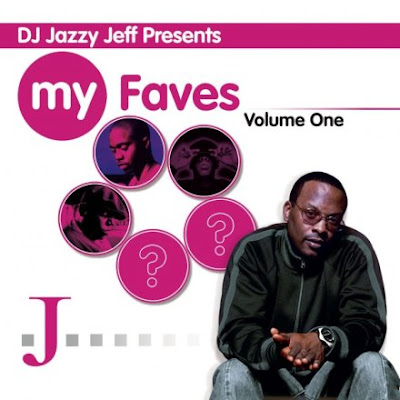 This was released earlier this year and its never too late to cop this incredible compilation of some of DJ JAZZY JEFF's
favorites remixed by the man himself. Classics by Nas, Biggie, Jay-Z, Pharcyde and Wu-Tang get the Jazzy Jeff treatment. Free download below.

Blaps, Rhymes & Life Vol. 4 free download will be available for free download online on December 7th, 2009. The projects is entirely produced by Illmind, and features the usual mix of mainstream and up and coming artists with that Illmind stamp of approval. To download all 3 previous volumes, go to WWW.ILLMIND.BIZ
Posted by EDAYE at 11:38 AM No comments:
Labels: illmind, video 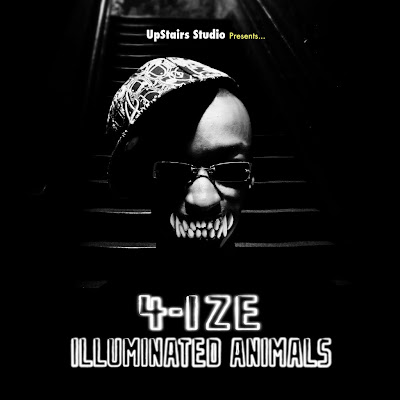 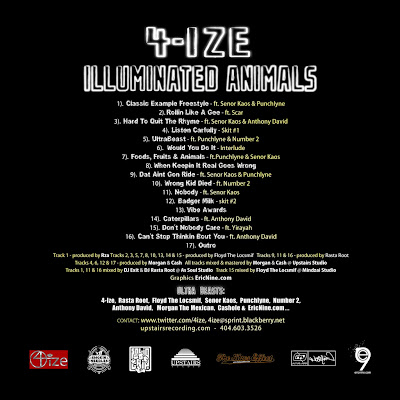 What happens when ultra emcee’s collaborate with a generous dose of realness? You encounter "Illuminated Animals!" 4-IZE and fellow beast emcee’s are shining new light on Hip Hop with the "Illuminated Animals" project. The project is presented by Upstairs Studio, an Atlanta based recording studio whose clientele include De La Soul, MF DOOM, Musiq Soulchild and more.

“Everybody has a beast laying dormant inside them” says 4-IZE. “Illuminated Animals was created to shine light on that beast inside of us all. Waking up that sleeping monster takes conscious effort and knowledge of self. That’s exactly what everyone on the project does with hopes to inspire all those who listen to do the same – Wake up their inner monster!” 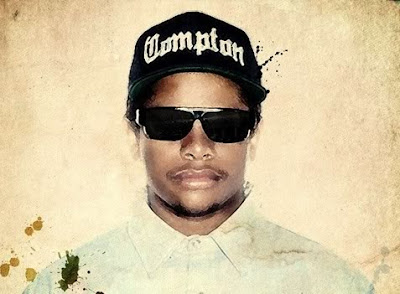 VIDEO: Dame Dash Discusses His Next Movement and The "Wackworld" in Hip Hop

This is a great interview/roundtable discussion with Dame Dash where he discusses his "BlackRoc" project, his hand in the creation of Mos Def, Jay Electronica and Curren$y’s new group, Center Edge Territory and the necessity of hip hop overcoming the "wackworld" machine. Dame sounds like he is maturing and has renewed vision in place.

Thanks to 2DopeBoyz
Posted by EDAYE at 10:20 AM No comments:
Labels: dame dash, video

On this special hour-long Embedded, Mos Def takes us on an all access seven-day tour of Japan while he performs his new album "The Ecstatic" to packed venues in Tokyo and Osaka. During that week, he hits up the Harajuku fashion district, whoops it up at a sumo wrestling match, and gets a personal tour of the Tokyo Giants stadium from his friend and baseball phenom Mark Kroon. Then, he brilliantly ties it all together by divulging the history of great thinkers known as "ecstatics," showing that he is clearly one of the most insightful men in hip-hop.
Posted by EDAYE at 5:06 PM No comments:
Labels: mos def, video

VIDEO: Eternia presents "The 411: Because I am a Girl" Tour Video

Here is some background on this great tour in Eternia's own words:

"I get a lot of questions from my family, friends and fans about this “411: Because I am A Girl” school tour. I figured instead of trying to explain what I do, as a Hip Hop artist, at these schools. I would show you.

I am blessed to tour with a wonderful family of inspiring ladies: Nana (who is shown hyping me up in these clips, but she hosts the entire show!), Hip Hop artist Masia One, and the founder of The 411 Initiative for Change & these school tour programs, Tamara Dawit. We even have our very own DJ – Kyle – who, besides tour managing, driving, doing our sound, and generally doing everything else, also reps “Because I Am A Girl” proudly.
Posted by EDAYE at 4:53 PM No comments:
Labels: eternia, video 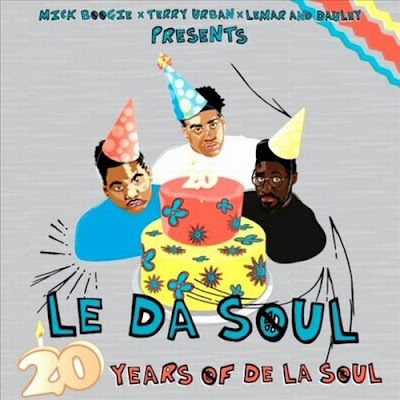