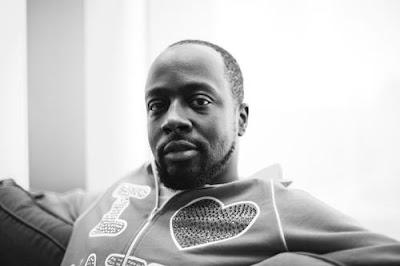 Singer Wyclef Jean's high-profile bid for Haiti's presidency ended after election officials on the earthquake-ravaged Caribbean nation disqualified his candidacy. The Haitian-American hip-hop star expressed disappointment at the late Friday ruling, but called on his followers to act "peacefully and responsibly."

"Though I disagree with the ruling, I respectfully accept the committee's final decision, and I urge my supporters to do the same," the former Fugees frontman said in a statement. "I want to assure my countrymen that I will continue to work for Haiti's renewal; though the board has determined that I am not a resident of Haiti, home is where the heart is – and my heart has and will always be in Haiti."

Word. Featuring EDAYE. I have to apologize to SOULBROTHA because I never posted this before. It is a promo skit I recorded for their limited release album "Collector´s Item" on Chiefrocker Records. Entirely produced by 12FINGER DAN and B-BASE from Hamburg/Germany, the album was released last year. Guest appearances and collaborations included DJ Premier, Craig G, Sadat X, Blaq Poet, Mykill Miers, Finsta, Nut-Rageous and Kev Brown. I found it on youtube today and had to post it.

Now THIS made my week! Two of the illest, classic emcees on the same stage. Been a minute!
Posted by EDAYE at 1:33 AM No comments:
Labels: nine, smoothe tha hustla, video

Veteran of THEZROHOUR, GODHEAD THE GENERAL released a new promo for his new album "The X-Factor". The Bronx breeds warriors!
Posted by EDAYE at 12:28 AM No comments:
Labels: godhead the general, video

Originally posted on CRATEKINGS
Posted by EDAYE at 1:30 AM No comments:
Labels: ayatollah, beats, video