Feds To Collect DNA From Every Person They Arrest 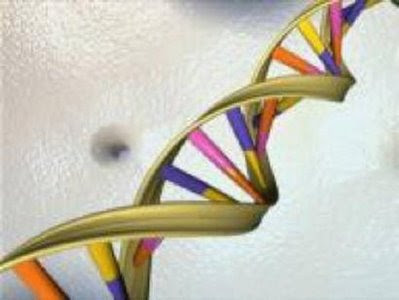 With this news, I know the Illuminati and conspiracy theorists are feeling validated. Without even delving into the privacy concerns involved, the collection of DNA samples of every person "arrested" by federal authorities is the easiest way for the U.S. government to keep tabs and build a database on as many citizens as possible. The idea that you don't have to be convicted of a crime and still have this sensitive information taken from you is truly mind boggling. Do you know how easy it is to be arrested for any suspicion or intent of a crime? How many times have people of color been arrested for fitting a "description"? There are dozens of federal police agencies in the U.S. ranging from the D.E.A. to Library of Congress police. Under this new initiative, citizens can petition to have their DNA records destroyed if they are found innocent. That is not a sound solution either due to the long and arduous task of having any arrest record expunged when found innocent.

WASHINGTON - The government plans to begin collecting DNA samples from anyone arrested by a federal law enforcement agency — a move intended to prevent violent crime but which also is raising concerns about the privacy of innocent people.

Using authority granted by Congress, the government also plans to collect DNA samples from foreigners who are detained, whether they have been charged or not. The DNA would be collected through a cheek swab, Justice Department spokesman Erik Ablin said Wednesday. That would be a departure from current practice, which limits DNA collection to convicted felons.

Expanding the DNA database, known as CODIS, raises civil liberties questions about the potential for misuse of such personal information, such as family ties and genetic conditions.

Ablin said the DNA collection would be subject to the same privacy laws applied to current DNA sampling. That means none of it would be used for identifying genetic traits, diseases or disorders.

Congress gave the Justice Department the authority to expand DNA collection in two different laws passed in 2005 and 2006.

There are dozens of federal law enforcement agencies, ranging from the FBI to the Library of Congress Police. The federal government estimates it makes about 140,000 arrests each year.

Justice officials estimate the new collecting requirements would add DNA from an additional 1.2 million people to the database each year.

Those who support the expanded collection believe that DNA sampling could get violent criminals off the streets and prevent them from committing more crimes.

A Chicago study in 2005 found that 53 murders and rapes could have been prevented if a DNA sample had been collected upon arrest.

"Many innocent lives could have been saved had the government began this kind of DNA sampling in the 1990s when the technology to do so first became available," Sen. Jon Kyl, R-Ariz., said. Kyl sponsored the 2005 law that gave the Justice Department this authority.

The new regulation would mean that the federal government could store DNA samples of people who are not guilty of any crime, said Jesselyn McCurdy, legislative counsel for the American Civil Liberties Union.

"Now innocent people's DNA will be put into this huge CODIS database, and it will be very difficult for them to get it out if they are not charged or convicted of a crime," McCurdy said.

If a person is arrested but not convicted, he or she can ask the Justice Department to destroy the sample.

The rule would not allow for DNA samples to be collected from immigrants who are legally in the United States or those being processed for admission, unless the person was arrested.

The proposed rule is being published in the Federal Register. That will be followed by a 30-day comment period.

Although this is from the beginning of this year (New Year's Eve to be exact), is is never too late to post as it represents unity and fellowship among the church and the Hip Hop generation. Thank you to Davey D for pointing me to the original article by Jawn Murray on BLACKVOICES.COM detailing Common's relation ship with Rev. Jeremiah Wright of the Trinity United Church of Christ in Chicago. Now the name should be familiar with those following American politics. This is the same reverend that formerly led the church that presidential hopeful, Barack Obama, is a member of. Over the last few months, Obama has been criticized for having Rev. Wright as his spiritual advisor in light of Rev. Wright's past sermons. In his sermons, Rev. Wright has made comments considered to be inflammatory in nature. Obama has since distanced himself from those comments but maintains a relationship with a man he considers as a fatherly influence in his life. In the article reprinted by Davey D., Common speaks on his long tenured membership at the same church, his respect for Rev. Wright and reveals he has dropped lyrics on stage at the church. Below is a video from this year's New Year's Eve service and you see the Reverend tell Common to kick a freestyle.. 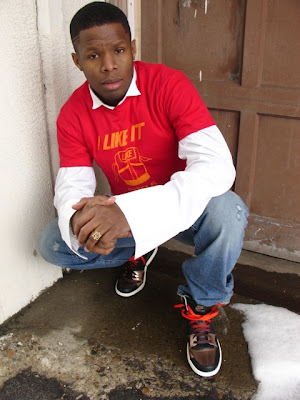 A quadruple threat (producer, lyricist, graphic artist and painter), EDREYS is our spotlight artist this week on THEZROHOUR.COM. Reppin' Buffalo, New York, Edreys has previously worked with groups SOULIVE, MEKA 54 and RAW INTEL. With his focus on a solo career in full swing, Edreys has opened for Ghostface Killah, Craig David and Slum Village. This summer, you can catch Edreys at select dates during the VANS Warped Tour. His vocal delivery and music illustrate the much needed comeback to the tenets of emceeing- confidence, delivery, and creative wordplay. We dropped a couple of cuts on THE ZRO HOUR recently (check the most recent podcast for the track "TROUBLE") and feel that Edreys' music evokes a time when hip hop was not constrained and sometimes misdirected by big business. Peep the cut SUPERMAN SWAG for a prime example of Edreys' flow and production. Hit him up on myspace and tell him what you think..