THE ZRO HOUR- In Studio w/MONSTER 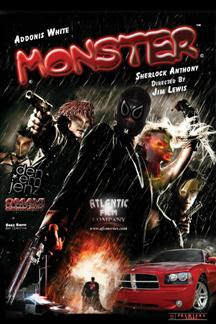 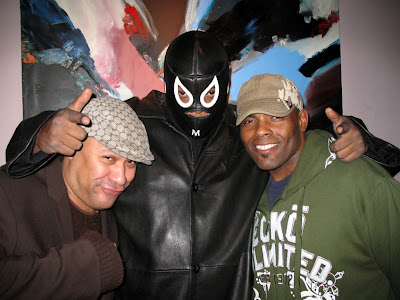 We are back with a another one! Last week we featured two great interviews with LIN QUE and BEKAY. During that same recording session, we had one other guest that had so much presence, we had to feature him solely on this episode of THE ZRO HOUR. Run for cover! MONSTER is in the building! Hailing from New Jeru from a town called Negroville, comes a giant among emcees. I know some of you are thinking what is this WWF sh!t? Have no fear, MONSTER is here to wipe out the mic villains who are destroying Hip Hop. He conceals his identity so that he can swoop down and crush you muthaf*ckas! Monster laced us with a crazy freestyle session. If you doubt me-check the show. Last week I dropped one of his joints, "DEAR EAST COAST". Below is a short video for that track-


Of course we bring some great music to round out the show. We set it off with classic joints from GRAND PUBA and FUNKDOOBIEST, new music from TURF TALK, MR. METAPHOR, BEKAY, JOE BUDDEN, LADY NICOLE feat. BABY SHAM and TALIB KWELI feat.JEAN GRAE. Enjoy the show...

MUSIC TECH: Roger Linn, Designer of Original MPC is back with the LINN DRUM II


As mentioned in the post below, ROGER LINN is the original designer and co-creator of the AKAI MPC drum machine sampler. He was also responsible for one of the best electronic drum machines ever, the LINN DRUM (LINN 9000). His Linn Drum was used throughout the 80's on many high profile projects and classic albums. The Linn Drum was the preferred drum machine for Prince during his early albums and many continue to speak of the device with reverence. Roger Linn stepped back into the electronic percussion arena with his last couple of projects with synth designer DAVE SMITH. They created the ADRENALINN and followed with the ADRENALINN II & III. These were not drum machines in the common sense of the word. They are essentially guitar effects boxes that utilized beat synced multi EFX and amp models. His return to drum machine design will see the introduction of the LINN DRUM II later this year. The LINN DRUM II will feature stock sounds, the ability to sample and import samples, 16 pads, USB and compact flash for storage. The LINN DRUM II Analog will have all the features of the fully digital LINN DRUM II along with a four voice synth engine and 27 dual functioning knobs.

MUSIC TECH: AKAI Blows It Out With New MPC 5000 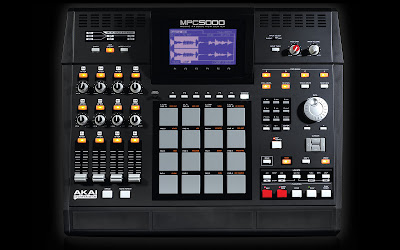 AKAI's MPC drum machine/sequencer/sampler is known as one of the key instruments that have revolutionized music and Hip Hop production specifically. AKAI introduced the Midi Production Center with the ROGER LINN designed MPC 60. Through the years, improvements have been made to the kit and we have seen the MPC morph from the 60 to the 60II to the 3000, 2000, 4000, 1000, 2500 and the portable battery operated MPC 500. Now in 2008, AKAI has introduced the MPC 5000. It feels like it is in direct response to ROLAND's MV-8800 sampling workstation. The MV-8800 was seen as a potential MPC killer due to its inclusion of a built in analogue synth and flexible sequencing capabilities. Well AKAI has answered the call and has introduced a slew of new features including a built in synthesizer, arpeggiator and larger screen. Below is a great video outlining all the new features and capabilities of this new beast-