Thanks to ILLSEED From alliphop.com for the heads up to the above video by U.T.F.O. 's KANGOL KID. Kangol has launched an online video show,YO KANGOL, focused on taking the viewer behind the scenes of the music industry. Kangol interviews Bert Padell, accountant to the stars. It is staggering how many people he has represented or helped within the music industry. Mr. Padell proceeds to give very valuable advice and drops a bit of wisdom on approaching a music career. Must watch!
Posted by EDAYE at 2:47 PM No comments:
Labels: bert padell, kangol, u.t.f.o., video, yokangol 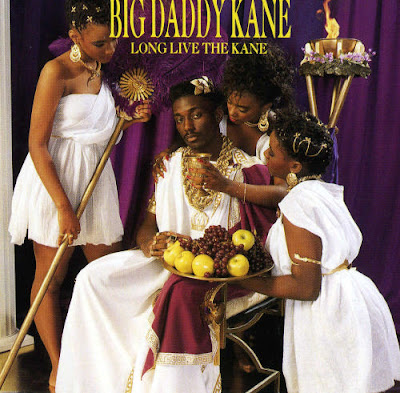 For the first time in his illustrious career, the legacy Big Daddy Kane will be the subject of a feature-length documentary. Simply titled BDK, the biopic features Kane narrating on his humble beginnings growing up Brooklyn, and his first exposure to the culture that would define him.

“The first time I brought a microphone was because of Divine Sounds, Disco Ritchie,” Kane recalled. “He had his equipment out rhyming and I wanted to get on. So right after I was like ‘I’m an emcee, I wanna rhyme too.’” As with many pioneer artists, Kane learned early to stand on his own merits to gain respect.

Other topics outlined in the documentary will be Kane’s influence on Hip-Hop fashion and the visual presentation of the emcee, along with his lyrical impact through his solo catalogue and Juice Crew contributions.

The film will be directed by Anthony Marshall, co-founder of the Lyricist Lounge. Read more at the link above.

VIDEO: WHAT IF Barack Obama Got Angry, REALLY Angry?