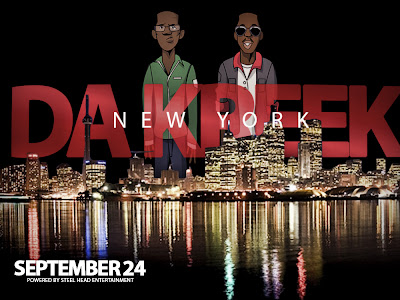 Longtime favorites of THEZROHOUR, DA KREEK are performing tomorrow night September 24th at Cha Cha's in Coney Island. Join Da Kreek for their FREE CONCERT in CONEY ISLAND, NY at Cha Cha's as part of Steelheadmetal's BEACH BASH. Da Kreek will be taking the stage and bringing you an amazing live performance. The special concert takes place at 10pm. The group will be performing their new album CLOCK IN: FLIGHT SHIFT which is available for FREE DOWNLOAD on www.dakreek.com. Part of SteelHeadMetal's Beach Bash. Cha Cha's is located at the end of Stillwell Avenue on the Boardwalk in Coney Island. This is a 21+ event, but absolutely free so come party at the beach one last time with some of NYC's finest bands.