I promise I will try and keep this one as short as possible. I find myself preparing for the revolution. No, not the one you think and not one of Prince's former bands. I'm talking about the revolution that actually brings us together as one. It starts with seeing who we are and not seeing ourselves as others see us. I personally have a severe dislike for the "n" word. That was a word that was forced upon our ancestors during a time when they didn't have the tools or knowledge to let go of. It is a known fact that during the slavery era, the white man felt that they have the natural ability of being dominate over black folks. We were referred to as cargo while being shipped over, the women was called wenches by day and forced into "night wrestling" when the sun went down. As a whole, black people was seen as weak natured but at the same time was feared to a point. "Treacherous Murdering Beast" was another reference because of the visible strength but still being seen as idiots. Where and when exactly that filthy word came from, I don't know nor do I care to know. What I do care about is how for many, many, MANY generations that word is still alive and well. Is there really a difference between the "ger" and "ga"? Somewhere down the line, someone was able to convince themselves to take the word from "Da Man" and turn it into something that is not as ugly. Let me ask you this though. How often do you hear a white person use the words "Cracker"/ "Cracka" or "Honkey" in referring to themselves? Some kind of way those terms have been put on the back burner and yet the "n" word is still alive and well. So if you are ready to join me in this revolution? Ok, I realize that it is a bit of a stretch to think that this issue will soon disappear but a lady can dream, can't she?

On a real note, take time to learn a little bit of what our ancestors had to endure in order for us to have come as far as we have. The sad thing is we still have a long, long, LONG way to go!


This is a bit older from last month but I ran across this on D-NICE's myspace page. Big Daddy Kane and The Roots tore it down. Check for Kane putting Black Thought on the spot to perform some of Kane's famous dance moves..
Posted by EDAYE at 10:42 PM No comments:
Labels: big daddy kane, video

GODHEAD THE GENERAL, featured on our 09.26.07 podcast, premieres T.H.O.R. TV- an inside look at the IIOUR SHOW and Hip Hop scene in Philly. Take a look-

In honor of the upcoming, long awaited release of the WU-TANG's 8 DIAGRAM album, I have a special treat for ya courtesy of LOUD.COM. Log on and register for a free 29 track 8 DIAGRAMS WU-TANG mixtape featuring classics, rares, remixes and featured tracks from the new album. 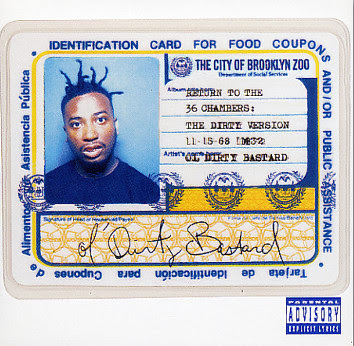 I would also like to take this time to recognize ODB on the anniversary of his passing yesterday (November 13, 2004). R.I.P. OL' Dirty. Check out our ODB TRIBUTE SHOW (in 2 parts) from 2004 here- 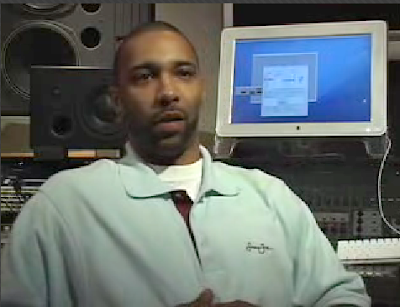 I came across this video on ALLHIPHOP.COM featuing one of this era's most underappreciated emcees- Joe Budden. Joe Budden puts his heart and energy into his mixtape releases like few others. His MOOD MUZIK series of mixtape/CDs are formatted like original albums. No throwaway rhymes ever. Original production is showcased throughout and these CDs often trump major label releases from some of the biggest names. I know everybody isn't into 4 minute plus tracks with insightful, revealing lyrics, sharp, witty battle rhymes and a few non-standard hooks. I know I am and that is why I will be adding MOOD MUZIK 3 to my collection. Check the video HERE
Posted by EDAYE at 12:28 PM No comments:
Newer Posts Older Posts Home
Subscribe to: Posts (Atom)