VIDEO: HAVOC Of MOBB DEEP Behind The Scenes Of "Heart Of The Grind" Video Shoot

The above video features HAVOC behind the scenes at the video shoot for the first single "Heart Of The Grind" from his upcoming album HIDDEN FILES dropping February 24th.
Posted by EDAYE at 12:47 PM No comments:
Labels: havoc, mobb deep

In this edition of True Hip-Hop Stories, Kwame discusses the making of his hit recording “The Rhythm".
Posted by EDAYE at 8:59 AM No comments:
Labels: d-nice, kwame, video

This three part video interview with KRS ONE, conducted by independent radio host Alex Jones of INFOWARS.COM, continues the discussion of the new President of the U.S., strategies of the New World Oder and what we need to do as individuals as first posted HERE. KRS has some very persuasive commentary and retains a finger on the pulse of our current political climate.

Posted by EDAYE at 5:12 AM No comments:
Labels: alex jones, krs one 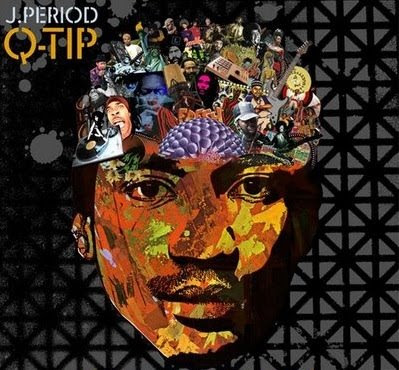 J.PERIOD & Q-TIP dropped a tremendous mixtape/CD titled THE [ABSTRACT] BEST. The latest in the series of J.Period tribute CDs sees the collab between the legendary Native Tongue emcee and revered DJ. Busta Rhymes, De La Soul, Skillz, Talib Kweli, Prince Paul, Consequence, Pharoahe Monch, Black Thought, ?uestlove, Black Sheep, Kid Cudi, Blu and others are among the list of rappers featured on the mixtape. The mixtape is a combination of tracks from Q-Tip's deep catalog, as well as remixes, interviews and new tracks from the list of emcees who pay homage to the Queens, New York rap star. Go to JPERIOD.COM for the download.
Posted by EDAYE at 12:18 AM No comments:
Labels: j. period, q-tip

I read about this accident but did not post about it. Bay area's own MISTAH F.A.B. was recently involved in a near fatal car accident. ALLHIPHOP.COM stated that Mistah F.A.B. is presently unable to walk, his manager Stretch broke his back and his DJ Tito sustained lung damage. In spite of all that trauma, Mistah F.A.B. proceeded to spit a thorough freestyle...HIP HOP!
Posted by EDAYE at 1:10 PM No comments:
Labels: mistah f.a.b.


True Hip-Hop Stories: Lords of The Underground from D-Nice on Vimeo.

Doitall of the rap group Lords of The Underground, discusses the birth of their hit recording "Funky Child."
Posted by EDAYE at 8:27 AM No comments:
Labels: d-nice, lords of the underground, video