This is the funniest sh*t I have seen in a minute. The Roots bandleader and drummer, ?uestlove introduces footage from RZA's audition for the NBC comedy show "Parks and Recreation". That is IF the RZA auditioned for the show in an alternate universe..LOL!

Thanks to HUFFINGTONPOST for the heads up.
Posted by EDAYE at 11:47 AM No comments:
Labels: parks and recreation, questlove, rza, video 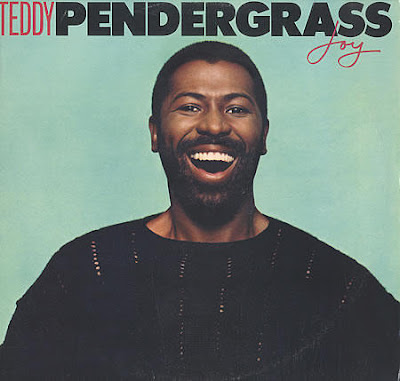 My God. The new year is not beginning on the right note. The first major death in the entertainment industry has been announced..

From the ASSOCIATED PRESS:

Teddy Pendergrass, who became R&B's reigning sex symbol in the 1970s and ‘80s with his forceful, masculine voice and passionate love ballads and later became an inspirational figure after suffering a devastating car accident that left him paralyzed, died Wednesday at age 59.

The singer's son, Teddy Pendergrass II, said his father died at a hospital in suburban Philadelphia. The singer underwent colon cancer surgery eight months ago and had “a difficult recovery,” his son said.

“To all his fans who loved his music, thank you,” his son said. “He will live on through his music.”

Pendergrass suffered a spinal cord injury and was paralyzed from the waist down in the 1982 car accident. He spent six months in a hospital but returned to recording the next year with the album Love Language .

He returned to the stage at the Live Aid concert in 1985, performing from his wheelchair.

Pendergrass later founded the Teddy Pendergrass Alliance, an organization whose mission is to encourage and help people with spinal cord injuries achieve their maximum potential in education, employment, housing, productivity and independence, according to its website.

Pendergrass, who was born in Philadelphia on March 26, 1950, gained popularity first as a member of Harold Melvin & the Blue Notes.

In 1971, the group signed a record deal with the legendary writer/producers Kenny Gamble and Leon Huff. The group released it first single, I Miss You, in 1972 and then released If You Don't Know Me by Now, which was nominated for a Grammy Award.

“I think Teddy Pendergrass was really one of a kind of an artist, and his music kind of speaks for him,” Gamble said in an interview early Thursday. “He had such a powerful voice, and he had a great magnetism.”

Pendergrass quit the group in 1975 and embarked on a solo career in 1976. It was his solo hits that brought him his greatest fame. With songs such as Love T.K.O., Close the Door and I Don't Love You Anymore, he came to define a new era of black male singers with his powerful, aggressive vocals that spoke to virility, not vulnerability.

Turn Off the Lights was a tune that perhaps best represented the many moods of Pendergrass – tender and coaxing yet strong as the song reached its climax.

Pendergrass, the first black male singer to record five consecutive multi-platinum albums, made women swoon with each note, and his concerts were a testament to that adulation, with infamous stories of women throwing their underwear on stage for his affection.

Following the car accident, it was 19 years before Pendergrass resumed performing concerts. He made his return on Memorial Day weekend in 2001, with two sold-out shows in Atlantic City, N.J.

Pendergrass is survived by his son, two daughters, his wife, his mother and nine grandchildren.


Posted by EDAYE at 1:35 AM No comments:
Labels: teddy pendergrass

Unimaginable Devastation After Haitian Earthquake, How to Help 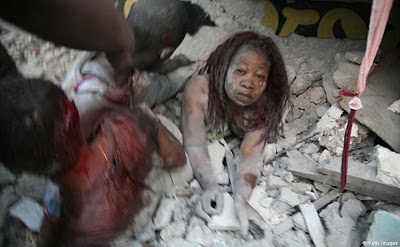 We have all been glued to the television and internet for news and information about Haiti's most devastating earthquake in 200 years. A 7.0 earthquake rocked the capital, Port-au-Prince, on Tuesday. Reports of bodies littering the streets are heart wrenching. Estimates of potentially 100,000 casualties marks this a s one of the most tragic events to hit our side of the world. World leaders, citizens and entertainers are rallying the effort to send aid. Wyclef Jean and his Yele Haiti Foundation is leading the way. Jean urged people on his Twitter account to help in the Haiti disaster relief effort by texting "Yele" to 501501. This donates $5 to the Yele Haiti Foundation, automatically charged to your cell phone bill. President Obama has directed people to the whitehouse.gov website for a list of relief organizations.

This tragedy has some personal significance for me. Two people of Haitian descent have specifically influenced my growth and career path. THE ZRO HOUR would not exist if it wasn't for my friend Danial suggesting I buy some time from him to broadcast on his pirate radio station. Radio Galaxy Plus in Brooklyn, New York only broadcasts Haitian language programming and we were the first english language and only hip hop show. Danial sparked the idea of presenting my vision in a radio show format. My first break in the music industry was given to me by Jerry Wonda, Wyclef Jean's production partner throughout his entire career. I began as an intern at Wyclef and Jerry Wonda's Platinum Sound Studio in 2002 and it lead to a staff position and engineering credits on projects ranging from Tom Jones to DJ Kay Slay to director Jonathan Demme. I owe a great deal to them and my heart goes out to their families and friends.

The HUFFINGTONPOST has compiled a growing list of organizations that you can donate to and provide aid HERE
Posted by EDAYE at 9:35 PM No comments:
Labels: earthquake, haiti, wyclef

THE ZRO HOUR is back with the first podcast of 2010. This week I present THE ZRO HOUR Top Ten. Every 10 episodes I will post the top ten songs from current playlists. Since it is the beginning of 2010, you know everyone looks forward to SKILLZ incredible "Rap Up" series breaking down the best and worst of the previous year. I set the show off with this year's "Rap Up" and also with BEKAY's "Year In Review". Bekay has been throwing his version out there since 2003. He calls in to break down his thoughts on his "Year In Review 2009". Before I go into my top ten, I drop a few gems to set the tone for 2010. I have new bangers from RAKIM feat. STYLES P, BUSTA RHYMES & JADAKISS, MONEY MAKING JAM BOYS feat. BLACK THOUGHT, a freestyle from ROYCE DA 5'9" and a new track by SAFARI! I am back on the grind to bring you the best and next in hip hop so stay tuned...

Posted by EDAYE at 10:14 AM No comments:
Labels: podcast

Lin Que is still on her grind baby! Lin Que is flowing lovely over a track by French producer DJ Diaze.

To commemorate a half a decade in the game the Bay Area duo BASH BROS. (Lefty & Piseas) team up with Switzerland representative DJ Osk to drop the Inglourious Basterds Mixtape. This piece celebrates the collabs with fellow indie superstars such as: Planet Asia, Chali 2na, Reef the lost cauze, & Big Pooh(Little Brother) to name a few. Inglourious Basterds: the Features spans throughout their 5 year catalog which represents 14 independent releases. 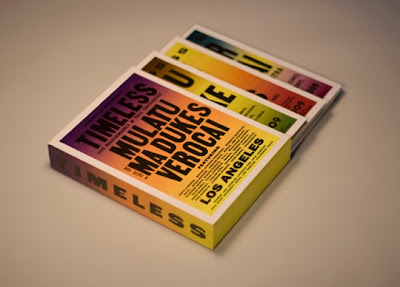 The limited edition DVD box set of Timeless, the 3 part event honoring producer J Dilla and featuring The Suite For Ma Dukes Orchestra, will be available March 2010. In addition to appearances from such J Dilla admirers as Karriem Riggins, Posdnuos, and Common, Timeless features extra behind the scenes footage, music, liner notes, and more.