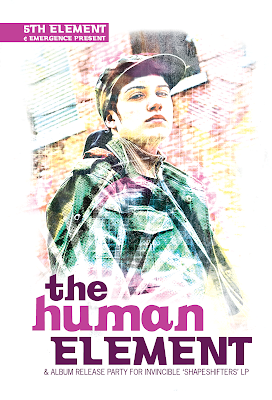 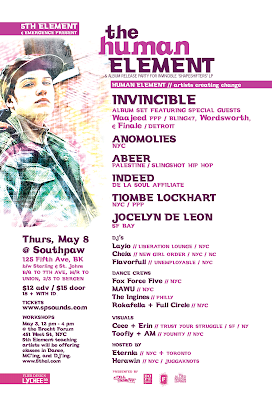 5th Element and Emergence presents a showcase/album release party for Detroit emcee INVINCIBLE. Invincible, a member of the Anomolies (an all female collective) is celebrating the release of her album SHAPE SHIFTERS. The showcase will be held at SOUTHPAW in Brooklyn, New York and will feature performances from Anomolies, Wajeed, Wordsworth, Abeer, Indeed, Tiombe Lockhart and Jocelyn De Leon. There will be several DJs (Laylo, Chela & Flavorful) and dance crews in the house (Fox Force Five, MAWU, The Ingines and Rokafella + Full Circle. This dope female showcase will be hosted by Eternia and Herawin. THE ZRO HOUR will be in the house that night to report and cop some visuals..
Posted by EDAYE at 11:16 PM No comments:
Newer Posts Older Posts Home
Subscribe to: Posts (Atom)