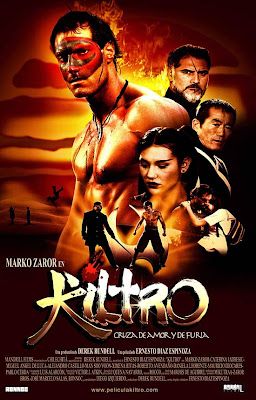 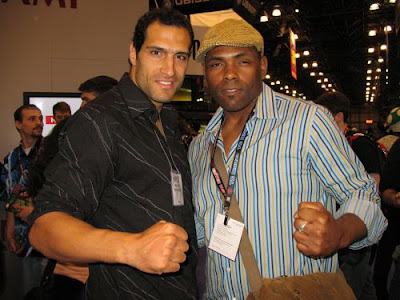 Okay, I have to confess something. I am a NERD! A big one at that. But its cool because I am a nerd for all things martial arts, fantasy, comics, animation and of course HIP HOP! Now that you know this, I can openly admit that I spent this past weekend at the New York Comic-Con. It was my second year attending and I geeked out over all the artists, action figures, video games and movie buzz flowing through the Jacob Javitz Convention Center. As I trolled the isles scanning any and everything, I came across the booth for Magnolia Pictures. Many may not be familiar with this distribution company but I knew them as the one responsible for bringing Tony Jaa and his film ONG BAK (if the name is not familiar, Google NOW!) to the U.S. I was aware that Magnolia Pictures also copped the rights to two other independent martial art productions- KILTRO and MIRAGEMAN. After talking with the representative at the booth, he informed me that the Chilean star of KILTRO and MIRAGEMAN, MARKO ZAROR, was in the building and would be back soon. I was interested to meet Marko and give him props because I had seen KILTRO months ago in non-subtitled form and was heavily anticipating his followup MIRAGEMAN.


DOWNLOADABLE VERSION
*thanks to twitchfilm.net*

Marko Zaror, born in Santiago, Chile, is a high caliber martial artist, actor and stuntman. Marko doubled Dwayne "The Rock" Johnson in the 2003 movie, THE RUNDOWN. He went on to win a top stuntman award for that very same film. Marko returned to Chile and produced KILTRO through Mandrill Films with his friend, Ernesto Diaz Espinosa, directing. KILTRO (2006), the first Chilean martial arts film, gave notice that a new action star was born. Although it was filmed on a lower budget, the action was very well produced and showcased the acrobatic and hard hitting style of screen fighting that Marko can deliver.

KILTRO was recently released direct to DVD and is available at AMAZON along with an earlier film from Mexico, CHINANGO. His next feature to be released this year is the vigilante/superhero themed MIRAGEMAN. MIRAGEMAN promises to showcase even more hard hitting, full contact action. Festival audiences that have screened the film have given strong thumbs up. When I did finally talk to Marko at the NYCC I told him that he is an inspiration to Latin people and others of color who refuse to wait on Hollywood to showcase their talents. Major stardom is around the corner for Marko Zaror and I look forward to his future projects. 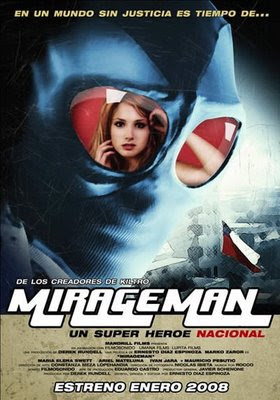 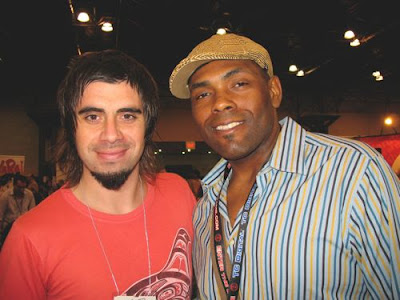