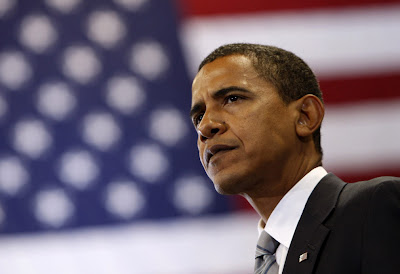 Posted by EDAYE at 4:43 AM No comments:
Labels: barack obama

The following is a mixed-media stop motion music video and celebration commemorating the election and inauguration of Barack Obama as the forty-fourth president of these United States. Audibly showcasing Adam Freeland's remix of Daft Punk's "Aerodynamic" and the imaginative stylings of forward thinking toy artists Dalek, Bill McMullen and Kubrick to name just a few. Independently animated and directed by the progressive minds of the directing team GOLD, the piece is a labor of love that invites everyone to join in or create their own celebration this coming Tuesday January the 20th

Posted by EDAYE at 10:16 AM No comments:
Labels: amanda diva, q-tip, video

There were rumours that 50 Cent was looking to scoop this and it would have been very interesting to see what he would have done with it. Maybe gift it to Dr. Dre? I am surprised that Dre did not want it or Snoop? I am very curious as to why some of the founders and founding talent was not involved..

After several tumultuous years of failed bids and aborted takeovers, notorious rap music label Death Row was plucked off the auction block once more, this time by a Canadian entertainment company that offered $18 million.

Toronto-based WIDEawake Entertainment Group submitted the winning bid to U.S. Bankruptcy Court in Los Angeles against competitors Warner Music Group and Conquest Media Group. It's a song compared with the $25 million that heavyweights Warner and Koch Records had offered in prior cycles of the Death Row saga. Some creditors emerged from the auction disgruntled, saying that the low price meant they would receive little or none of the money they were owed by Death Row, which filed for Chapter 11 bankruptcy protection in 2006. The label was originally owned by music mogul Marion "Suge" Knight.

"This was a charade," said businessman Mark Friedman, who said he was owed $1 million for investing in a Death Row project. "The trustees didn't seem to pursue any real bidders and completely mismanaged Suge Knight's estate. It's like whatever's left on the body, they're taking their last pickings."

WIDEawake, which was formed in 2006, will take on Death Row's enviable catalog of gangster rap, including albums from rap stars such as Dr. Dre, Tupac Shakur and Snoop Dogg. The young company, which is treating 2009 as a major year for acquisitions, is also eyeing several other catalogs, Chief Executive Lara Lavi said.

Terrible turn of events for Death Row. HERE is a link to the public auction (deathrowauction.com) of the remainder of assets including framed records, photos, Suge Knights cigars, CDs, their Source Awards(!) and clothing among other items. The auction begins 11am. Its the end of an era but hopefully the catalog will be respected and be available for generations to come.
Posted by EDAYE at 2:23 PM 2 comments:

Ups to HERBAN-LYRIX for directing me to this. The sh!t you find on youtube never ceases to amaze me. This is hella funny! With over 2 million views, I don't know how I missed this one..
Posted by EDAYE at 12:54 PM No comments:
Labels: m.o.p., muppets, video
Newer Posts Older Posts Home
Subscribe to: Posts (Atom)