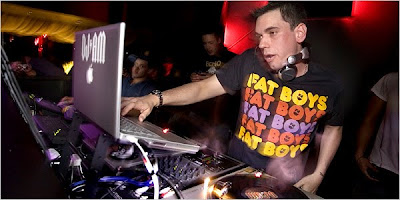 Above is the first single from the forthcoming collabo album entitled "SURVIVAL SKILLS" due September 15th. Below is a crazy freestyle session from Tony Touch's XM radio show demonstrating the mastery of true emceeing- 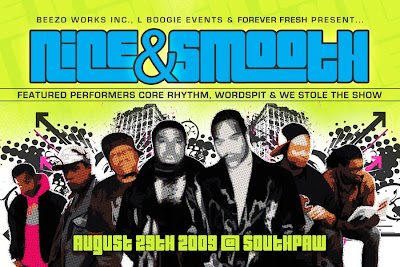 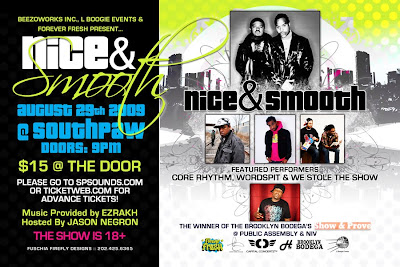 for more info go to spsounds.com
Posted by EDAYE at 1:42 AM No comments:
Labels: core rhythm, nice and smooth, wordspit

Beth the Superfan put me on to one of the ILLEST concept videos EVER! I don't know if this is from a commercial or independent production. If you can imagine human heads being utilized as drums and others being placed on turntables and scratched, you are one sick puppy or you have seen this clip!
Posted by EDAYE at 1:36 AM No comments:
Labels: beatbox, futuristic. laboratory, human heads, scratching, turntables, video

VIDEO: The Greatest Amateur Rap Ever?

Proof that hip hop still exists in its natural element! The video above features Lyric (aka Lyrical God) assisting his sick flow with even sicker school table top drumming. I don't think this will be the last we will hear of him..


I admit I am biased when it comes to Ghostface Killah. He is truly one of my all time favorites with superb consistency. This song and video is completely his lane. Simple but heartfelt concept in this video for the first single off of his upcoming release, "Wizard of Poetry".
Posted by EDAYE at 11:12 AM No comments:
Labels: ghostface killah. raheem devaughn, video

In Remembrance of AALIYAH 8 Years Later


Regretfully, today is the eighth anniversary of the death of one of R&B's shining stars, Aaliyah. Beautiful, sensual and visionary, 22 year old Aaliyah's life was cut short due to a plane crash. The above video was her last and leaves an indelible imprint for the senses. R.I.P.

Check out this great post on MTV.COM about Aaliyah's legacy.
Posted by EDAYE at 11:26 AM No comments:
Labels: aaliyah, video

In this episode of True Hip-Hop Stories, B-Real of Cypress Hill discussed the making of their hit recording How I Could Just Kill A Man and the influence latinos had on the hip-hop culture.
Posted by EDAYE at 11:07 AM No comments:
Labels: b-real, d-nice, video 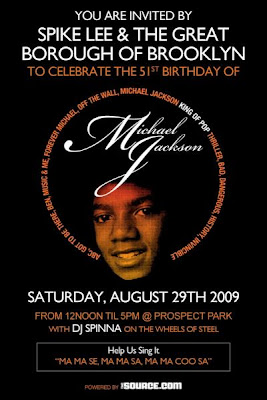 Spike Lee's birthday party tribute to Michael Jackson on Saturday, August 29th has been moved to Nethermead Meadow in Brooklyn's Prospect Park. Originally slated for Fort Greene Park in Brooklyn, it likely had to be moved due to a larger than expected turnout. News on this day of music and celebration appeared all over the mainstream media. The Brooklyn borough president, Marty Markowitz, will be on hand to declare Aug. 29 “Michael Jackson Day.
Posted by EDAYE at 12:10 AM No comments:
Labels: michael jackson, spike lee
Newer Posts Older Posts Home
Subscribe to: Posts (Atom)