Sadat X set this off with his verse from "Punks Jump Off To Get Beat Down" and recalls how Brand Nubian was formed. He also speaks on his recent incarceration on a gun charge. All you knuckleheads peep game..
Posted by EDAYE at 11:44 AM No comments:
Labels: brand nubian, d-nice, sadat x, video

THE ZRO HOUR: RETURN TO ZERO- Interview w/ The MISNOMER(S) from EDAYE on Vimeo. 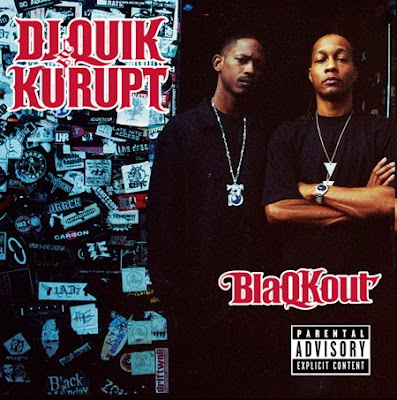 I didn't see this coming. Two of hip hop's most revered artists, DJ Quik and Kurupt (Dogg Pound) joins forces on a new album called "BLAQKOUT". Due to be released June 9th, "BLAQKOUT" is sure to feature Quik's talent for sonics and live instrumentation and Kurupt's sick flows. Below are the first two singels courtesy of DUBCNN.COM:

CLICK HERE for great interview on dubcnn.com and hit the link below to cop this album!

Wu! Wu! Now this is what I like to hear from the Wu..Cappa and Rae sound reenergized. The track is ugly with just the right amount of darkness. 2009 is shaping up to be a very good year for hip hop.
Posted by EDAYE at 2:57 PM No comments:
Labels: cappadonna, raekwon, video, wu-tang 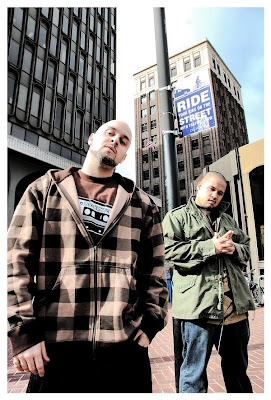 MOVIES: BEFORE THE MUSIC DIES

BEFORE THE MUSIC DIES, a 2006 documentary, tells the story of American music at this precarious moment. Filmmakers Andrew Shapter and Joel Rasmussen traveled the country, hoping to understand why mainstream music seems so packaged and repetitive, and whether corporations really had the power to silence musical progression. Featuring interviews with Erykah Badu, Dave Matthews, Billy Preston, Questlove, Bonnie Raitt, Calexico, Elvis Costello, Eric Clapton and others. You can watch the full movie online HERE.
Posted by EDAYE at 1:45 PM No comments:
Labels: before the music dies, movies 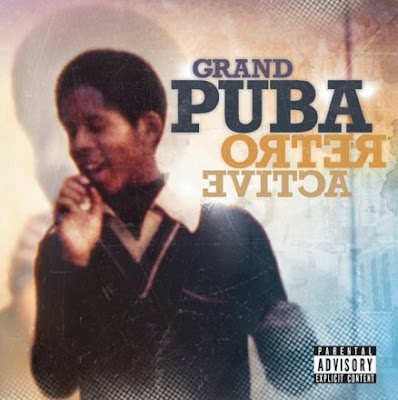 One of the founding members of Brand Nubian and a seminal artist in hip-hop in his own right, Grand Puba drops a double A-Side single off of his new album "RetroActive" which hits stores June 23rd, on FrankRadio/Babygrande Records. "This Joint Right Here" Featuring Kid Capri is straight fire. With a beat reminiscent of 1980s era "White Lines," and the up-tempo lyrics of Kid Capri, Grand Puba is in top form on this track. Adding his skills on the boards, Puba produces in addition to lacing the song with his signature style, unmistakable voice and one-of-a-kind delivery.

"Go Hard" Featuring Talee is a head-nodding duet that showcases both Puba's flow and his writing. Puba takes the title line to heart on this track, as he lays down gems that mingle with Talee's sultry vocals, the two complementing each other to a tee.

Check out "RetroActive," in stores June 23rd, on Frank Radio / Babygrande Records. With guest appearances from Q-Tip, Kid Capri, Sadat X, Lord Jamar, Large Professor & many more, and production from Large Professor, Q-Tip, Grand Puba, PhD and others, "RetroActive" is heating it up and taking it back to the summers of the golden era.
Posted by EDAYE at 12:33 PM No comments:
Labels: grand puba

Nice return from Kurious George feat. MC Serch and MF Doom. I have an interview coming up with Kurious next week. I haven't heard from Kurious since his "Walk Like a Duck" single and he is now on the comeback with Amalgam Digital as his label. He sounds good here and I look forward to hearing his new music.
Posted by EDAYE at 2:30 PM No comments:
Labels: kurious, mc serch, mf doom, video

Although the Matrix reference has been done many times, I still love this video. Chubb Rock is brilliant in his return here. Wordsmith flips a style worthy of his name. This is the official first single from their upcoming collaboration "BRIDGING THE GAP" in stores June 18th. Chubb and Wordsmith will be dropping a mixtape, "A Crack In The Bridge", in preparation for the new album on Wednesday May 13th as an exclusive free download via HipHopDX.com. Look out for their June 5th appearance on Jimmy Kimmel Live. Looks like Chubb Rock is returning with a vengeance!

D-Nice continues his True Hip Hop Stories series of well shot, insightful ruminations on each artist's career directly from the artists themselves. Special Ed is a favorite of mine and he speaks with great wisdom here.
Posted by EDAYE at 11:33 AM No comments:
Labels: d-nice, special ed, video 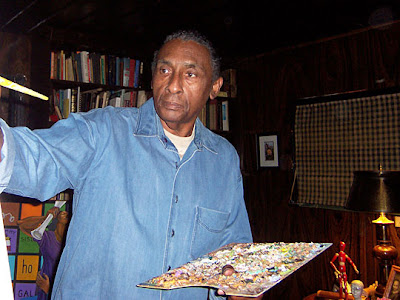 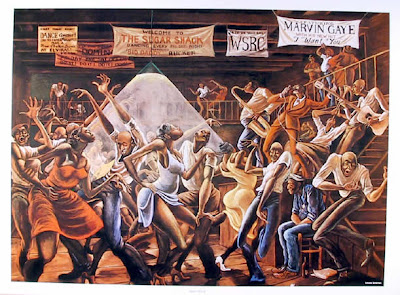 I am late posting this but I had to drop a word about this great artist who has his work embedded in the mind of many. Ernie Barnes' painting, "The Sugar Shack", has most famously been seen on the TV show "Good Times" (as the artwork of J.J. (Jimmie Walker) Evans, the eldest son on the show) and as the cover of Marvin Gaye's classic album "I Want You".

Barnes came to painting after a career in professional football, as an offensive lineman with the San Diego Chargers and Denver Broncos. Teammates called him "Big Rembrandt."

He could take on a defensive lineman, then commit the encounter to canvas. Many people would call Barnes a "black painter." He preferred the description "neo-Mannerist."

Barnes never painted his subjects with their eyes open. "We don't see each other," he said once in an interview. "We are blind to each other's humanity."
Posted by EDAYE at 3:16 PM No comments:
Labels: ernie barnes

MIXTAPES: Busta Rhymes & DJ Scratch- "I BULLSHIT YOU NOT!" 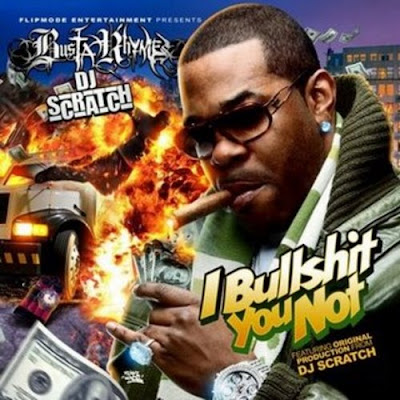 In preparation for launch of his new album "Back On My Bullshit", Busta Rhymes drops a new 12-track mixtape. Cop it at DATPIFF.COM.
Posted by EDAYE at 2:34 PM No comments:
Labels: busta rhymes, dj scratch

Originally posted on iHIPHOP.COM. Album in stores May 19th 2009.
Posted by EDAYE at 1:27 PM No comments:
Labels: redman, video 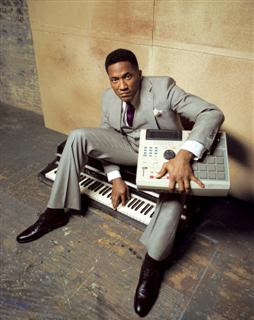