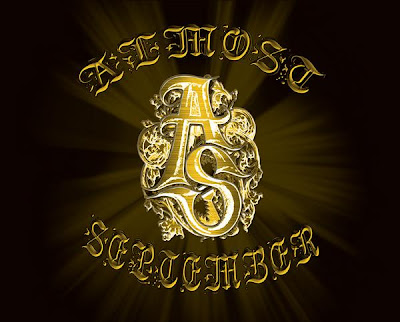 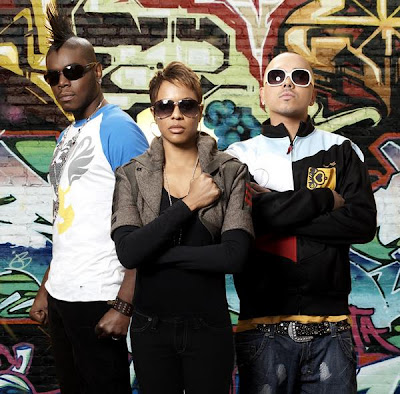 MC Lyte's new group ALMOST SEPTEMBER, featuring Jared Lee and Whitey White has finally dropped their self-titled six track EP. We featured the group previously and after hearing the first single "Beautiful" I couldn't wait to hear more. Its a great return to form for MC Lyte. Independents stand up! Cop it at iTunes and hit their myspace up for more info. Almost September has also dropped a video blog which you can check out below: 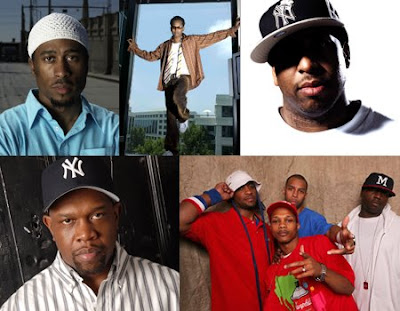 WOW. This summer is shaping up to be an incredible music filled season with a return to Hip Hop's glory. Here in NYC, there are a number of concerts and free events that will keep my neck snappin' for weeks. I reported earlier that there will be a 25th anniversary concert celebrating Video Music Box in Central Park (July 18), the 4th annual Brooklyn Hip Hop Festival headlined by KRS One & DJ Premier (July 12), MC Lyte's free concert in Brooklyn's Prospect Park (July 13th) and now the Reunion Of The Crooklyn Dodgers! The Crooklyn Dodgers were an all star lineup of Brooklyn's top emcees produced by legendary producer DJ Premier. The group came together for 2 classic singles inspired by Spike Lee's 1994 film "Crooklyn". "Crooklyn" was Spike's love letter to his youth and experiences growing up in Brooklyn in the 70's. The Crooklyn Dodgers expressed this same love for Brooklyn over 2 of the hardest beats Premo ever created. On Saturday, June 28th, come out to Prospect Park to witness Chubb Rock, Special Ed, Masta Ace, Jeru the Damaja, O.C., Buckshot, Ali Shaheed Muhammad and DJ Premier together on one stage. I am in the house for sure and will be on hand to capture this great moment. Check for more info HERE
Posted by EDAYE at 1:43 AM No comments: 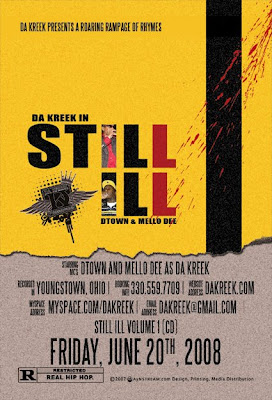 Our peeps DTown and Mello Dee drop their anticipated CD, STILL ILL Vol. 1, this Friday June 20th. I can't wait to check it and if you heard the joints the we played previously, GAME POINT and LEAVE ME ALONE feat. Aarophat, you know they are coming with the ill beats, rhymes and concepts. Cop the CD HERE
Posted by EDAYE at 12:34 PM No comments: 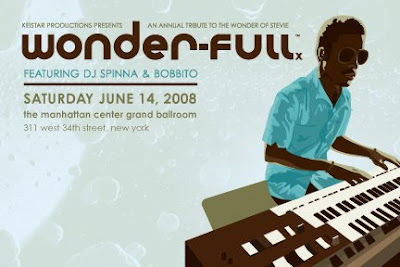 Sorry Bobbito and DJ Spinna. I forgot to post this event last week..

I got the heads up from Bobitto Garcia about this video from the 10th anniversary of WONDER-FULL, a tribute to the genius of Stevie Wonder held at NYC Manhattan Center Ballroom on 6/14. Stevie surprised the crowed and perfromed an acapella version of his beloved classic, "That Girl":

This year we are being treated to an incredible rebirth of the love for hip hop culture. I say this because the atmosphere is ripe for creativity and a return to the tenets of hip hop. Even more remarkable is how hip hop is thriving within other cultures. Struggle is a common language and hip hop is born from it. This year's PLANET B-BOY was a remarkable documentary (REVIEWED a couple of months ago) that offered a peek inside the lives of international B-Boy crews. The crews from Japan and South Korea were heavily featured. It was great seeing how their society receives hip hop and the frustration of their families. Many common struggles and a few cultural ones but the parental concern is universal. Thanks to a heads up by TWITCHFILM, another documentary is making the rounds of the festivals.

FOLLOW YOUR HEART: CHINA'S NEW YOUTH MOVEMENT takes you inside the hip hop culture in China. All elements are represented from the looks of the trailer and clips on the website. Just more proof that Hip Hop is universal. I can't wait for this to come to to NYC..I'll keep ya posted.
Posted by EDAYE at 1:33 AM No comments:
Labels: chinese, follow your heart, hip hop, movies
Newer Posts Older Posts Home
Subscribe to: Posts (Atom)