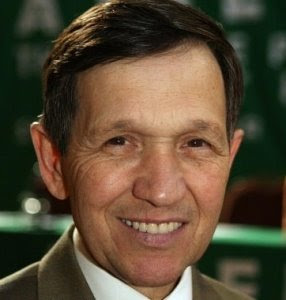 After enduring two terms of one of the shadiest of Presidential tenures, it will be interesting to see how this plays out. Rep. Kucinich previously tried to wage an impeachment campaign against Vice President Dick Cheney which did not gain support. In light of the recent book by former White House Press Secretary Scott McClellan, admitted failures from the administration and vast public disapproval of the Bush presidency, there seems to be enough heft to go forward. Read more of Rep. Kucinich's presentation and see the video from C-SPAN HERE on rawstory.com
Posted by EDAYE at 1:33 AM No comments:

Here is the video/documentary for the song entitled "Locusts" off of INVINCIBLE's new release, SHAPE SHIFTERS-