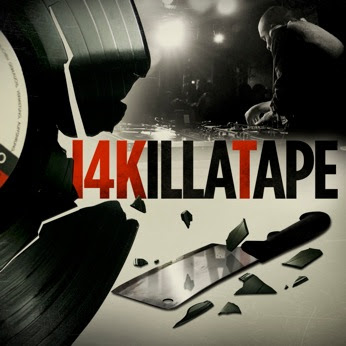 “Straight up…this is that raw ish. Slaps. Face Twisters. Hard beats. All these joints were made in a span of 08’-11’. It all started when I first got into the Red Bull Beat Battle in Detroit end of 08’. I was never known as a beat battle type producer and believe it or not, I actually don’t like battling with beats. However, that was my first time ever battling with beats. Knowing I was battling, I definitely found myself in a different frame of mind when I sat down to make joints in the lab. While in the lab, my motivation was making beats that I would have HATED if my opponent played them against me. I took a collection of beats where I had that mind state and mixed them with other beats I made during that time period. I’m setting this Killer Tape off with the first joint I ever made in a beat battle mind state and the rest is history. I got a new nickname under my belt now, 14KillaTape…haha” – 14KT

1) Adrenaline
2008. I was in LA at my brother Mayer Hawthorne’s lab when I made this one. After I won the Detroit Red Bull Big Tune, I was trying to prepare for the finals that November. This was the first beat I made when thinking about beat battling, that’s why it had more breaks and stuff in it, because that’s what you got to put in “beat battle” beats. What made me love this joint though was the bass. It got me hype, so I was hoping it did the same for the listeners. Jozeemo ended up lacing a joint to this with the same title. The title was fitting.

2) You. Me.
I’m an ADDICT of flipping records. I heard this original sample on the radio one day. Definitely a joint I’ve jammed to for years, but I wasn’t sure if anyone had officially flipped this record before, so me being the chop fiend that I am, I took a stab at it. It was fun.

3) The Sound of People Burning
Randomly, I was watching this morbidly CRAZY TV special about “Self-Burning” people. Though it was wild, it was interesting learning about how these people managed to do that to themselves. Earlier the same day, I had went record shopping and picked up the ELO record with this joint that thousands of cats have already flipped many times before. After watching that special, the feel of that ELO record inspired me. I decided to try and flip it regardless of that fact cats did it already. When I laid that bass line on it, it was a done deal for me. Killa music.

4) Choir Robed Up
Many times I get inspiration from just looking at pictures and trying to make music to fit them. I had this picture of me when I was younger singing in the children’s choir at my church. We had on these borderline ugly bright yellow and brown choir robes on. I thought back to some times when I really didn’t like putting on those robes and did it to make a beat. Although I didn’t like it at times, I made a beat about representing rocking choir robes as a kid for all those that rocked them too. Haha.

5) The Abominable Snowman
I heard my big bro DJ HouseShoes play this original record a few times and I loved it. I never heard anyone flip it before, so I decided to chop it for Shoes. I did it and then I sent it to him. He said he banged his head on the wall when he heard it. The beat was called “Cripple” at first. I changed the name after really listening to the beat. When I listened to it, it sounded like it could of been theme music for The Abominable Snowman from the claymation Rudolph The Red-Nosed Reindeer joint I loved as a kid.

6) On Ya Mind
Just a basic raw pick-up-the-first-record-you-grab-and-chop-it type joint. I wasn’t sure if I was going to keep this beat. Most of the time when I play beats in battles, I play them just to see how it sounds on loudspeakers and if the crowd likes it. I played this in the 2010 Red Bull beat battle finals in Chicago. I saw a few people get hype to it, so I decided to keep it and give it to ya’ll.

7) F What They Say [Jon B]
This joint is hilarious every time I hear it. I made this when I was in my “90s R&B records” chopping phase of life, around 2004-2008. I have this pride issue with myself where I think that I can flip ANY record that I’m presented with. There’s always these voices in my head talking ish telling me “KT you can’t flip that ish, niggas know you ain’t that sweet,” so I had to make a beat battle response to those voices. I guess this is my creative way of telling ya’ll I have issues.

8) U Trying 2 Catch The Beat [3D Chop ish]
This was a beat I had saved for a solo album with me rhyming on it that I was working on and never finished. I first played this joint in the Detroit battle in 08’. When I made it, I was trying to invent another style of chopping I coin, “3D Chopping.” This is when you chop a sample just in the left ear, then chop the sample in the right ear to compliment the left ear, and then add something in the center too. To me, the test to know if you do it right is if you just play the left or right channel on solo and it doesn’t sound like it makes sense. I did it with the drums on here as an example. I also chopped the drums in a “waltz-type” triplet pattern. Just another chop style like “Gee Whiz” to test ya’ll on. Remember where you heard it first. I got a couple more styles up my sleeve too.

9) Best Bet
Made this in 2006. Another beat where I was challenged to just chop a random Reggae record. Here’s the result. I cut in a favorite line of mine from a Eulorhythmics joint from back in the day.

10) 3 Blind Mice
Woooooo!!! This was supposed to be a joint off of an album I was working on where I would be rhyming on it. I had been holding on to this joint since 07’, so I decided to just give it to ya’ll. I had a sick rhyme concept to it too, but I couldn’t put it into words the way I wanted too, but oh well. This beat was inspired after I watched Stephen King’s “IT.” I had this record that flipped the melody of “3 Blind Mice,” so I HAD to make something with it. By the way, one of my favorite beats I’ve made.

11) LikeUDo
Made this around 2006. Pretty simple loop I made. I played this in the 2008 Red Bull finals in New York. I always felt the New York crowd was a tough crowd to win over when you’re from Michigan. When I played this joint, I remember heads getting hype and I almost started break dancing on stage, so I figured it had a special energy to it. If you listen close, I used the “Gee-Whiz take the singing out” style of looping on this joint and left the background singer’s vocals in. I love doing that. Hype ish!

12) Room #1414
Winning the 2010 Red Bull National beat battle Championship in Chicago was a big deal to me. Being a part of Red Bull, meeting Jake 1, Vitamin D and J Moore was special to me. Also, being able to build with some really dope producers like Frank Dukes, Illmind, S1, Xperiment, No Speakerz, Boon Doc, Algorhythm, Dibiase, Big Pops, Captain, Hitmakers, Tmos, Incredible Stro, Budo, Trox, Cam, Rising Son, GMo, Nicademus, Trifeckta, Mike Dupree, Brainstorm, J Bizness, C-Sick, Best Kept Secret, Rob Bates, etc…this was just an interlude-type beat that reminded me of when I checked into my hotel in Chicago and they handed me my room key and it was #1414. Cats were like “Well, that tells us who’s gonna win already!” It was just a joke, but looking back on it, it made me appreciate everybody who believes in my music and me, and reminds me how much God has favor on me and is looking out for me. Blessed.

14) RockABye Baby
This was the 2nd beat I made after “Adrenaline” in 2008. At the time, I was working on beats for the finals in New York. I was thinking I had to flip something that heads would recognize. Here’s my actual thought process: When I thought of New York City, I thought of New Jack City. Bet. First thing I think about when I think of New Jack City is Keisha saying “Rock A Bye Baby.” There it is. So I made a beat out of Keisha. Thanks Keisha. Haha. I made this beat because this is the beat I wouldn’t want anybody to ever play on me, so I had to make it first. Ironically, this was the last beat that I played in the National Finals in Chicago, so it was only fitting to put as the last beat on the Killa Tape. Definitely Killa ish.
Posted by EDAYE at 5:35 PM No comments:
Labels: 14kt, beats 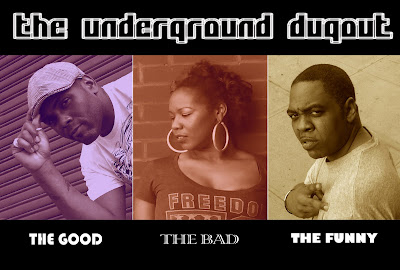 
Free TV Show from Ustream
Posted by EDAYE at 12:00 PM No comments: 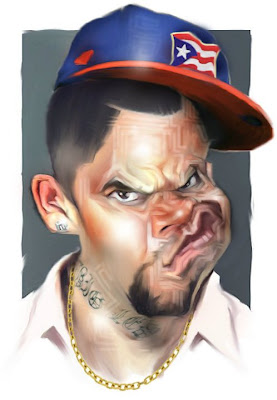 Millions are expected to line Fifth Avenue this Sunday, June 12th for the 2011 Puerto Rican Day Parade. The parade (11AM-6PM) will start at Fifth Avenue and 44th Street and proceed uptown along Fifth Avenue to 86th Street. Watch for appearances by actor John Leguizamo, folk singer Antonio Cabán Vale "El Topo," Baseball Hall of Famer Roberto Alomar, and more. To help celebrate, check out our classic mix show from 2007- "THE ZRO HOUR: ROOTS OF HIP HOP- Boricua Pride". After a few shots of Bacardi Anejo, Alexie F. and I rocked the house with a tribute to some of the most influential Puerto Rican artists in hip hop. Download our tribute while you slow cook the pernil, simmer the arroz con grandules and fry the maduros and tostones. 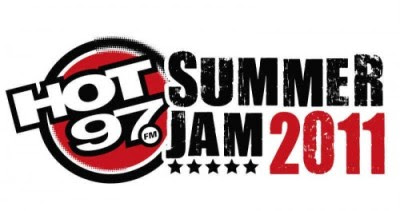