Its official. Aftermath F*CKED up! Joell is a beast and this is my sh*t right here. The video completely took me back. Props to director Rik Cordero. "Free Agent" in stores April 20th.
Posted by EDAYE at 4:30 PM No comments:
Labels: joell ortiz, video

VIDEO: CYPRESS HILL- "It Aint Nothing"

The official video for Cypress Hill "It Ain't Nothin'" off of the new album, "Rise Up", dropping on April 6th.
Posted by EDAYE at 4:04 PM No comments:
Labels: cypress hill, video 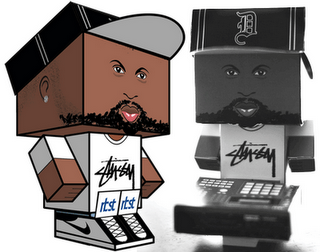 I have been seeing these online for quite some time but never downloaded templates or attempted to construct one. Paper toys/figures also known as Cubeecraft, are another element in the collectible vinyl toy world. Though made of paper, these ingenious figures are designed by some of the illest artists in the graf, vinyl toy and underground art world. The above figure was designed by RBST in collaboration with SOMR to pay homage to one of the greatest producers in hip hop and R&B- J DILLA. It even comes with a paper toy version of an MPC3000! Download template HERE. Thanks to Andy at TOYSREVIL for the original post.
Posted by EDAYE at 3:29 PM No comments:
Labels: collectibles, cubeecraft, j dilla, paper toys, rbst, somr 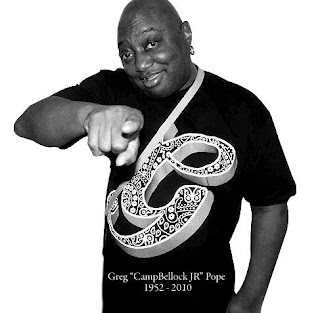 
New video from Wale featuring a song that was premiered on THE ZRO HOUR S06E03!
Posted by EDAYE at 1:56 PM No comments:
Labels: video, wale 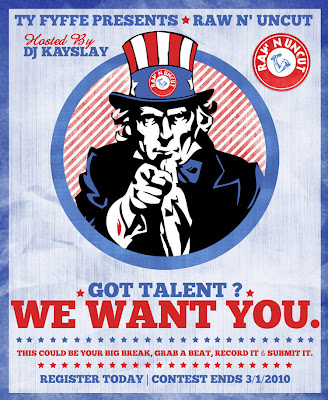 THE ZRO HOUR is back with more heat for 2010! Black History Month is in effect and I set the show off with a classic from "The Teacha" KRS ONE- "You Must Learn". I also rock new joints by OBIE TRICE, DRAKE, BEKAY, WU-TANG and REFLECTION ETERNAL. This week's classics include selections from MOBB DEEP, XIBIT, DE LA SOUL and SLUM VILLAGE (R.I.P. Dilla and Baatin).

This week's show also features a dope interview with the Bay Area's own, BASH BROS., as they make their first appearance on THE ZRO HOUR. I have been following members PISEAS and LEFTY (aka UZI SCOTT) for about 2 years and have been impressed with their hard edged flows and consistent output. The Bash Bros. have been dropping heat for several years and have released a flurry of mixtapes and street albums along with 3 official releases. We speak on their journey from hustling cassettes out of their cars to flooding the digital airwaves of the net in the present. Their newest mixtape, "INGLOURIOUS BASTERDS: The Features", is a collection of some of their best work with a diverse group of the finest on the independent hip hop scene.