VIDEO: CASUAL of HIEROGLYPHICS- "Put it in the Air"

Posted by EDAYE at 4:18 PM No comments:
Labels: casual, video

VIDEO: Ain't Too Many Emcees F*cking With Cymarshall Law

Bring Out the Sound System: The West Indian Influence on Hip Hop 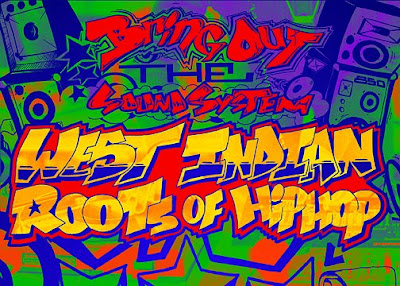 We previously featured a special ZRO HOUR dedicated to this same subject and now there is a panel discussion this month on this very same topic. From the press release:

When discussing the origins of Hip Hop, most agree that it began in the Bronx. Many also agree that it is an African-American artform with many antecedents. It is a known fact that the trinity of Hip Hop DJ pioneers have roots in the West Indies including DJ Kool Herc, Afrika Bambaataa, and Grandmaster Flash. Other early artists who made significant contributions to the music include Kool DJ Red Alert, KRS-One, Doug E. Fresh, among others. The sound systems brought out into the parks by Jamaican DJs and the tradition of toasting are among the influences to be debated and discussed.

Post World War II Bronx had a growing community of West Indian immigrants, particularly after the U.S. Immigration Act of 1965. Recreation rooms at 1520 Sedgwick where Kool Herc deejayed and Bronx River Houses where Afrika Bambaataa held court as well as many local parks and early venues like the Black Door, where Grandmaster Flash rocked, mark the cradle of Hip Hop.

"Bring Out the Sound System: The West Indian Influence on Hip Hop" presented by City Lore and The Point CDC, will take place on Saturday, February 28th, 2009 from 3 to 6 pm at The Point CDC, at 940 Garrison Avenue in the Bronx NY 10474

The discussion will be followed by a presentation on Jamaican and Hip Hop sound systems from the 1970s by DJ Kool Herc and Brother Vincent. The evening concludes with a reception, where audience members can view: From Mambo to Hip Hop: The Exhibit, a photo exhibit which complements City Lore's award-winning documentary directed by Henry Chalfant, From Mambo to Hip Hop: A South Bronx Tale; dance to the music of DJ Just Ice; and purchase West Indian fare provided by Bascom Catering with delicious roti, jerk and curry chicken, and salt fish.

Critically acclaimed producer Mr. Green is back with two beats albums coming out on his own label: Green Music Group. The first is a re-mastered, rearranged version of his 2006 release: "Classic Beats Volume 1" This Is the CD that got Pacewon and Raw Poetix records attention and ultimately led to creation of "The Only Color That Matters Is Green". Below is the official album sampler-

The second, "Classic Beats Volume 2" is a brand new compilation of Mr. Green's state of the art instrumental hip hop. Starting as a simple beat maker, he’s grown into a full fledged musician, creating his own sounds and playing his own melodies. Half of the tracks on Classic Beats Volume 2 use samples, half are 100% original.. listen closely and see if you can tell which ones are which. Below is the official album sampler-

I missed this track from U-N-I that appears to be almost 2 years old, but its crazy nonetheless. "K.R.E.A.M." takes the Wu-Tang classic and puts a "sneaker love" spin on it a la Raekwon's "Sneakers" track. I love the video and they lace the chopped up Wu-Tang sample with some sick lyrics. This was released on their "Fried Chicken and Watermelon" CD. They are preparing to drop a new CD entitled "A Love Supreme" and below there is a link to a joint from their Mick Boogie collab mixtape, "Before There Was Love"- 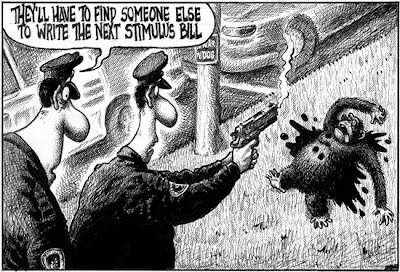 "Being that the stimulus bill has been the first legislative victory of President Barack Obama (the first African American president) and has become synonymous with him it is not a reach to wonder are they inferring that a monkey wrote the last bill?"
Posted by EDAYE at 11:54 AM 1 comment:
Labels: barack obama, ny post

Thanks to Tunji for the heads up!
Posted by EDAYE at 1:59 PM No comments:
Labels: blackstar, mos def. talib kweli, video 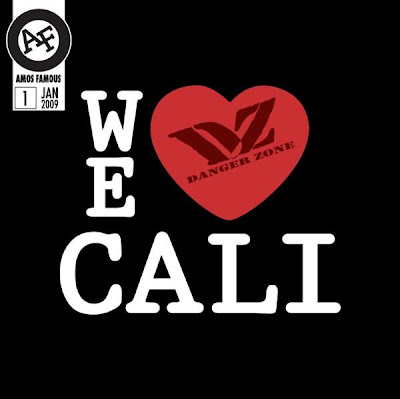 In 2008 Danger Zone, the emcee/producer combination of Bru Lei & Amos Famous, dropped the album "Dangerous Styles." The Columbus, Ohio duo, now relocated to Sacramento, California, follows up their debut with "We Heart Cali": a six song downloadable ep. Showcasing their continually evolving style, this ep foregoes the guest shots and fancy packaging and gets back to basics.

All vocals by Bru Lei
All songs produced by Amos Famous
Posted by EDAYE at 3:57 AM No comments:
Labels: dangerzone 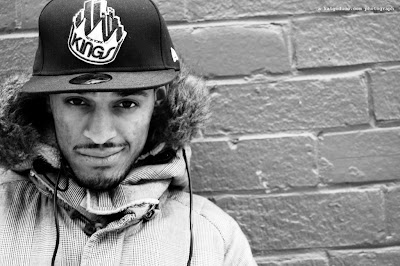 "CHECK OUT YOUR MIND"- Senor Kaos

Connect with Senor Kaos HERE
Posted by EDAYE at 3:50 AM No comments:
Labels: senor kaos

February 24th will see the release of Joe Budden's new CD PADDED ROOM on Amalgam Digital. Above is the trailer for the video of the first single "In My Sleep" directed by Rik Cordero. Amalgam Digital sent over the single also. Check it here-

IN MY SLEEP- Joe Budden

EXCLUSIVE: Amalgam Digital just sent this new Joe Budden freestyle over 50 Cent's "I Get It In"-

I GET IT IN (Freestyle)- Joe Budden
Posted by EDAYE at 2:59 AM No comments:
Labels: amalgam digital, joe budden, padded room

I have seen this picture many times but I have always wondered when it was taken and what was the purpose of these emcees for being at the same table. I always assumed it was a tour photo from the early days in the careers of Mos Def, Big Pun, DMX, John Forte and Canibus. Thanks to the blog at LOUD.COM we can watch the video of this incredible gathering. The meeting was set up and filmed for a street DVD release named "Shades Of Hip Hop". Writer, and now television host, Toure conducts the interview with these greats of hip hop. They all discuss their motivation, the creative process and industry politics as usual. The video is presented in seven parts with the first three posted below.