In this edition of True Hip-Hop Stories, Dana Dane takes us on a journey through Fort Green Projects and discusses what motivated him to write his classic recording "Cinderfella Dana Dane."
Posted by EDAYE at 11:52 AM No comments:
Labels: d-nice, dana dane, video 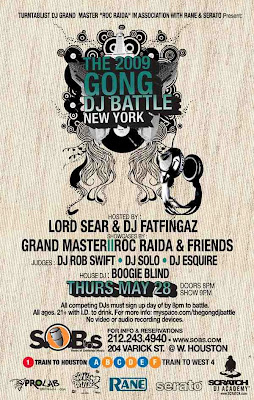 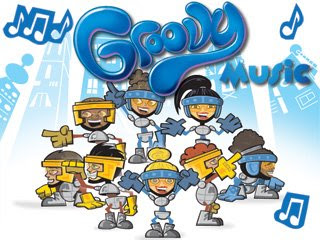 Do you have children or know of kids who show an interest in becoming the next J Dilla, Timbaland or Pete Rock? Well now there is a software designed just for them (ages 7 and up) to help them craft the next hit single or just to teach them music theory and arrangement. GROOVY MUSIC CITY, the home version of the popular Groovy Music educational software series, lets kids compose their own music on a home computer. They’ll learn rhythms, chords, melodies, and music notation – all while having fun and exploring their creativity. With Groovy Music City, kids can create their own music in a futuristic city theme and use library of sounds that include patterns as well as individual sounds. The MIDI record keyboard is available and a physical keyboard can be connected to the computer to record notes and melodies. Once their creations are finalized, kids can share them on the web using the secure groovymusic.com web site. Groovy Music City is available for MAC/WINDOWS and retails for $39.95.
Posted by EDAYE at 11:42 AM No comments:
Labels: beats, children, groovy music city, music tech, software

Posted by EDAYE at 11:48 AM No comments:
Labels: buckshot, d-nice, video

VIDEO: THE CLIPSE Live at WESTER HALL in NYC


Posted by EDAYE at 11:09 AM No comments:
Labels: the clipse, video 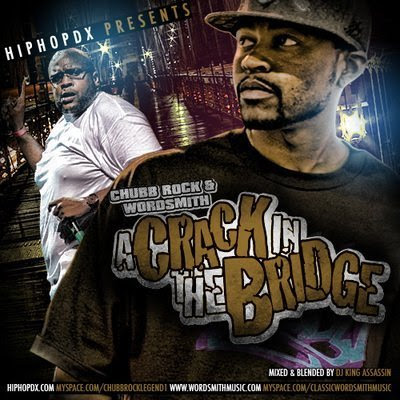 Thanks to DubMD for the info:

With the "Bridging the Gap" album dropping on June 16th, it was only right that Chubb Rock & Wordsmith get you in the mood for some real music courtesy of HipHopDX and Dub MD Promotions. More on the mellow side of things, "A Crack in the Bridge" mixtape is just a small appetizer in comparison to the album. Boasting only soulful singing sensation Kimia Collins on the album, Wordsmith looked to display his Nu Revolution Camp throughout the mixtape.

Consisting of Kontact, Black Knight & Sly Solomon you have heard these MC's on numerous Wordsmith tracks over the past 2 years. Keeping it in the family and homegrown, Baltimore MC's Soulstice and Articulate are the only outside features. In closing, enjoy this mixtape and support not just real hip hop, but good music in general. Chubb Rock & Wordsmith will see ya'll on June 16th!

DOWNLOAD HERE
Posted by EDAYE at 11:00 AM No comments:
Labels: chubb rock, wordsmith

VIDEO: A Deeper Look Into M.O.P.

Mash Out Posse, rugged never smooth!
Posted by EDAYE at 10:50 AM No comments:
Labels: m.o.p., video

Sawed Off, a homeless emcee recounts his life on the streets along with his passion for his craft.
Posted by EDAYE at 11:39 AM No comments:
Labels: d-nice, homeless emcee, video 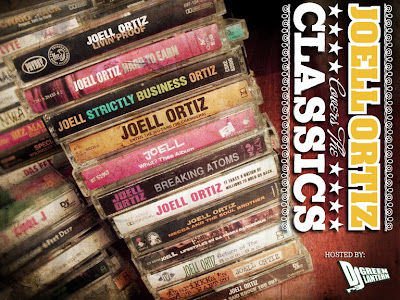 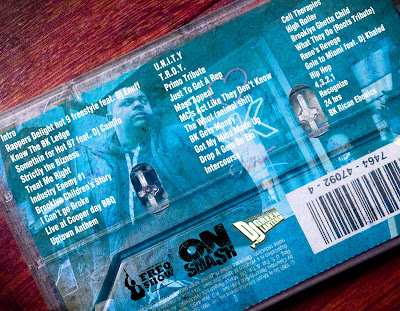 This is bananas! DJ Green Lantern and ONSMASH present a new mixtape featuring the one and only Joell Ortiz- JOELL ORTIZ COVERS THE CLASSICS. Brilliant concept here as Joell goes in and reinterprets some of most treasured gems in hip hop. Download this HERE.