With the release of NOTORIOUS this weekend, I thought I would repost (originally 05.16.2007) this interview with Easy Mo Bee from 2007. Mo Bee is one of the architects of Biggie's sound on "Ready To Die", Miles Davis' final album "Doo Bop" and many other classics-

JUMPOFF.TV features this great 30 minute plus interview with one of Hip Hop's classic producers, Easy Mo Bee. Here he tells of his humble beginnings, big breaks and ruminations on the industry's past, present and future. Mo Bee's story is sure to strike a familiar chord within all of us who eat, sleep and shit this music..

Above is the video for B.o.B.'s "I'll Be In The Sky". We first premiered the song on this podcast. Even if he is channeling Andre 3000, I still feel dude's music and await more from B.o.B. in the coming year.
Posted by EDAYE at 1:32 PM No comments:
Labels: b.o.b., video 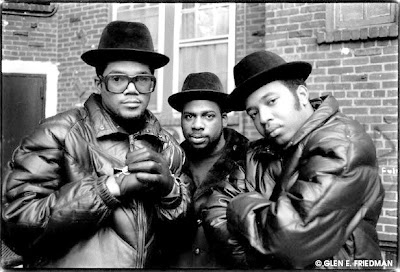 The Rock and Roll Hall of Fame Foundation has released the names of its latest class of inductees, which includes only the second Hip-Hop group to be selected in the organization’s 24-year history. Run-DMC will be honored this year alongside performers Jeff Beck, Little Anthony and the Imperials, Metallica, and Bobby Womack.

Founded by Joseph “Reverend Run” Simmons, Darryl “D.M.C.” McDaniels, and the late Jason “Jam-Master Jay” Mizell, Run-D.M.C. is being recognized for its influence on pop culture in general, as the first group to bring Hip-Hop music to a mainstream audience.

Since the release of their first single “It’s Like That/Sucker MCs” in 1983, Run-D.M.C made strides in areas that are now seem common in the world of Hip-Hop, but were great achievements then.

In addition, Run-D.M.C. was the first rap act to appear on the cover of Rolling Stone magazine, be nominated for a Grammy Award, make a video appearance on MTV, or sign a sneaker deal. 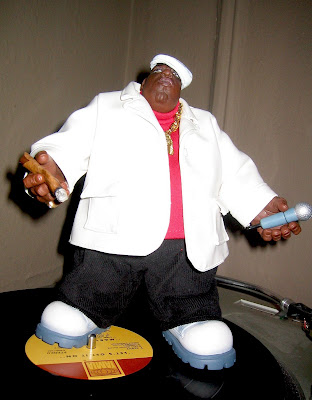 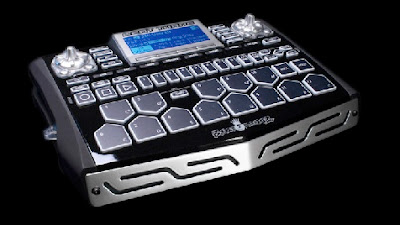 NY beatboxer, CHESNEY SNOW (who will be featured as one of our guests on the upcoming promo CD/anniversary recording of THE ZRO HOUR), hit me up with details on his collab with BEAT KANGZ ELECTRONICS- THE BEAT THANG! Ok, so the name is a bit generic but this beat machine/sampler promises to turn the industry out. Created by The Beat Kangz (Aja, Boom Bap & Rev), The Beat Thang looks like a cross between Emu's ASR X drum sampler and a pimped out Dodge Charger. Make no mistake though, the specs promise a serious device for the creation of your next hip hop classic. In 2005 the team conceptualized and created the sounds for the Zoom SB-246 Streetboxx™, the company’s biggest selling rhythm machine to date. Taking that experience light years further, The Beat Kangz deliver an instrument of the new millennium. The Beat Thang contains over 3000 sounds and over 500 production ready hit beats, patterns and loops. Each sound can be edited, fine tuned and manipulated with onboard waveform editing and fully functioning Digital EFX (EQ, Compression, Reverb, Delay, Filter and “FREAK”). The Beat Thang is preloaded with sounds and has onboard sampling and resampling. With USB in and out and Mic/Line input, you can add your own Samples. Create your own custom Kits with up to 8 layers per pad (each layer can have its own pitch, pan, volume, cutoff and resonance). Our Key Span Feature allows you to take one or more samples and instantly make an instrument that spans an entire 88 note keyboard. Compose songs with the 16 Track MIDI Sequencer that can sequence internal sounds or External sound modules. THE BEAT THANG is portable containing a rechargeable lithium ion battery gives you up to six hours of portable playing time. Its also fitted with two SD card slots.

From the specs alone, it sounds like a killer device. Chesney Snow provided all beatboxing samples, loops, vocal scratches, and special effects and his beatboxing is used for the traditional drum sounds of snares, kicks, etc. The Beat Kangz are premiering THE BEAT THANG at the Winter NAMM in Anaheim, California. I will bring more info and video soon. I am definitely interested to see and hear what this baby can do.
Posted by EDAYE at 3:21 PM 3 comments:
Labels: beat kangz, the beat thang chesney snow

Thanks to SPITKICKER.COM for the heads up on this one. Michigan does it again! BUFF1 from Ann Arbor, Michigan drops that midwest flow in this video showcasing the plight of the homeless. Look out for more from this member of the Athletic Mic League and peep another video below for his song "Beat The Speakers Up".

Buff1 - Beat The Speakers Up

Posted by EDAYE at 2:52 PM No comments:
Labels: buff1, video 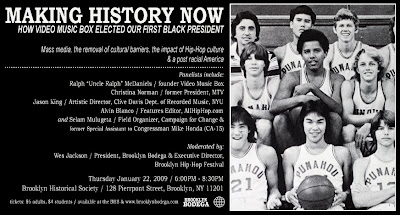 One of my all time favorite slept on groups drops a new single.
Posted by EDAYE at 12:45 PM No comments:
Labels: camp lo, video 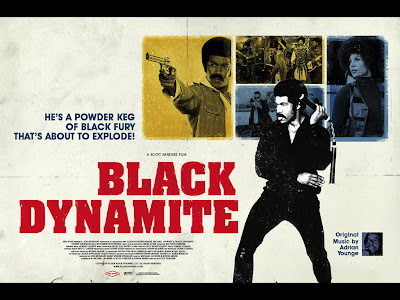 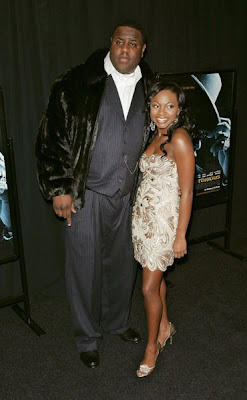 B.I.G. and Lil Kim..er Jamal "Gravy" Woolard and Naturi Naughton at the premiere of NOTORIOUS (due out this week 1/16). Thanks to THEYBF.COM for the pics! Check the link for many more. I can't wait to check the movie for myself. You know I'm dropping a review..
Posted by EDAYE at 1:02 PM No comments:
Labels: b.i.g, jamal woolard, movies, naturi naughton, notorious

Stay up with Joe Budden and take a peek at his life and movements on JOEBUDDENTV.COM. Check the latest episode above where Joe comments on the escalation of the beef between himself and Ransom, a former associate and rapper.
Posted by EDAYE at 12:52 PM No comments:
Labels: joe budden