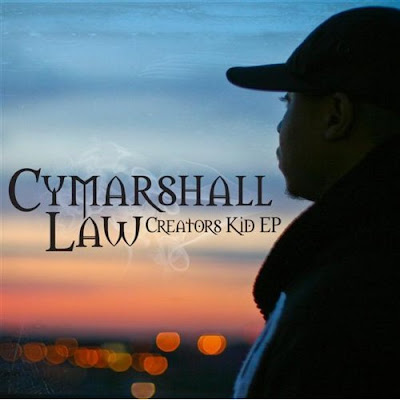 Sweden native D-Slaps produced the seven-track EP, along with one track by Remot. The team delivers thirty minutes of raw hip-hop grit. The first single, “Harder than Thou,” sets the tone with its soulful boom-bap sound, forceful lyrics and cuts by DJ JS-1. Additional features include Skit Slam, Silent Knight and Mary Lou. Creator’s Kid EP is a worthy follow-up to his widely touted most recent album Hip Hop in the Soul (2008, Freedom Entertainment) which included single “Control” (Featuring KRS-One).

"I called the record Creator's Kid because when I set out to write the record I knew the game was lacking creativity, and with this album I could do my part to fill the void,” Cymarshall Law said. “I finally completely set myself apart from the rest, showing my music has its own identity.“

"Cymarshall Law represents the best hip-hop has to offer; his energy and passion are refreshing in today’s climate,” said Talib Kweli.

The music video for single “Harder Than Thou” is directed by Jimmy Giamborne, who has also directed videos for Sean Price and Reef the Lost Cauze to name a few.

Posted by EDAYE at 11:01 AM No comments:
Newer Posts Older Posts Home
Subscribe to: Posts (Atom)