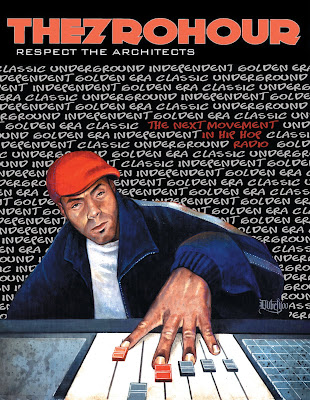 In case you missed my inaugural broadcast on BBOXRADIO.COM you can check out the show below and on itunes!

Posted by EDAYE at 2:02 PM No comments:
Labels: podcast

MUSIC TECH: SAY WHAT?? Name Your Price For The New REASON 6

Beginning September 30th and throughout the month of October, previously registered owners of both Propellerheads REASON & RECORD can name their price to receive a full downloadable version of the new REASON 6. Reason 6 combines the functionality of Record with Reason in one powerful DAW. Propellerheads puzzled many by the decision to initially offer a separate recording package when it was the most requested feature for any upgrades.

THEZROHOUR with your host EDAYE, is returning to the internet airwaves after a long hiatus. Hope you missed hearing the best in independent hip hop as much as I missed delivering it to ya!

Over the last several months I have been laying low as I worked to expand my beat catalogue, collaborating with artists (announcements coming soon) and co-hosted THE UNDERGROUND DUGOUT with Jeff strange and LO-J.

The most exciting thing is that the show is now being broadcast on BBOXRADIO.COM! What is BBOX radio? BBOX is a new community radio station located in Downtown Brooklyn. I have been working with this great team since its Grand Opening this past July in the role as lead engineer/tech and member of the production staff. The station depends on donations and private funding and BBOX has launched a KICKSTARTER campaign that you can view below:

Tonight's show is a rebroadcast from my premiere last Friday with new episodes beginning next Wednesday. THEZROHOUR is still available as a podcast on itunes and podomatic.com as well. Hit the link below to tune in: