DAMN, DAMN, DAMN! R.I.P. Bernie Mac- We Love You And Will Never Forget 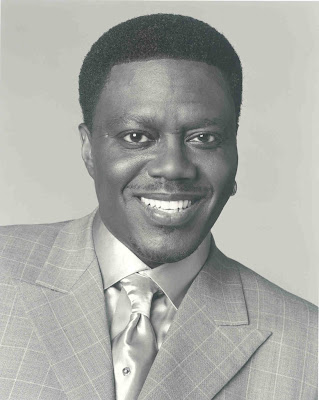 It breaks our hearts that we have to announce the passing of one of our greatest comedians/entertainers black or white, Bernie Mac. By now many of you have heard the news of his complications with pneumonia but the feeling continues to wash over me. I truly will miss Bernie Mac and his straight to the gut comedy. Similar to the sudden passing of Robin Harris, but with a longer string of work, it has hit our hearts with the weight of a family member. Spend the next few days watching and reminiscing on some of the greatest comedy performances we have ever witnessed. Get his autobiography and I promise you will laugh as if he is delivering the lines directly to you. Below I present some excerpts from one of his most memorable performances in Spike Lee's Kings of Comedy:

Posted by EDAYE at 11:04 PM No comments:
Labels: bernie mac

CLASSIC VIDEO: Souls Of Mischief- '93 Til Infinity & Never No More

Fourteen years overdue, Freddie Foxxx, aka Bumpy Knuckles, is finally ready to step back into the spotlight with the official release of his 1994 demo tape, Crazy Like A Foxxx, as a two CD set on July 29th via Brooklyn-based record label Fat Beats. The album is a veritable time capsule from the early 1990's, with guest spots from legends such as 2Pac, Chuck D, and Kool G Rap.

The original Crazy Like A Foxxx album was recorded in New York and intended for an official release by MCA. However, for reasons unknown, the album was shelved after promotional cassettes were serviced to radio and press. This newly remastered release includes both the 1993 demo version on Disc 2 and the 1994 completed version of the album on Disc 1. Largely written for the emcee's friends in prison, the album has ominous overtones and provides insight into Bumpy’s dark state of mind at that time period. The previously unheard demo album (Disc 2) features production exclusively from D.I.T.C.'s Showbiz, Lord Finesse, and Buckwild. The first single from Crazy Like A Foxxx is "KILLA" featuring 2Pac. Bumpy Knuckles and 2Pac’s rawness evoke a New York City where gang violence was at an all time high and many of Bumpy's friends were in prison. There’s no mincing words in the track; Bumpy states, "If they wanna rumble with the Foxxx / Then they get shot." The real treat of the track is 2Pac’s singular voice, still fresh after all these years.

Check out an album preview HERE
Posted by EDAYE at 12:10 AM No comments:
Labels: 2 pac, freddie foxxx