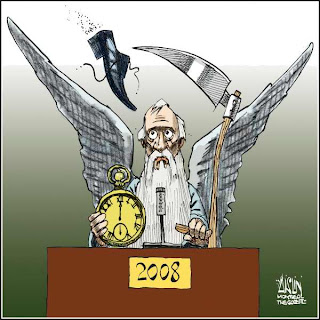 After witnessing one of the most joyous/distressing years in recent memory, we enter into a new year filled with even more joy/turmoil/anticipation of a new vision in the White House, our economic future and how the creative community will respond. Street artists and mixed media artists have exploded with creativity as a result of The Obama campaign turned presidency. After 8 years of being taken for granted, disrespected and downtrodden by the Bush administration, we are more informed and looking forward to having a collective hand in our future. Music always reflects the times and I am excited about the direction and sounds yet to come. 2009 was brought in with humility and reflection..but not without a soundtrack.. 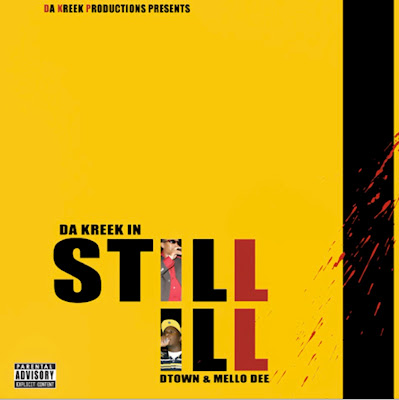 Youngstown, Ohio's DA KREEK is no stranger to listeners of THE ZRO HOUR and their latest release STILL ILL takes me back to the fun side of hip hop. Real life brothers, DTown and Mello Dee handle the mic duties as well as most of the production. Lyrically, DA KREEK brings it with hood stories, battle raps and dry wit. The album is inspired by Quentin Tarantino's "Kill Bill" films and contains samples from the film's original soundtrack. Standout cuts include "Spotlight Theives", "Vietnam", "Think About It (Play It For The Jury)", "Hornet", title track "Still Ill" and "Pay What You Owe". The production is varied throughout and even classic video game music is utilized to neck snapping effect "Pay What You Owe". STILL ILL is now available on Rhapsody so you can preview and purchase the album there or on cdbaby.com and itunes. Check DAKREEK.COM for more info. 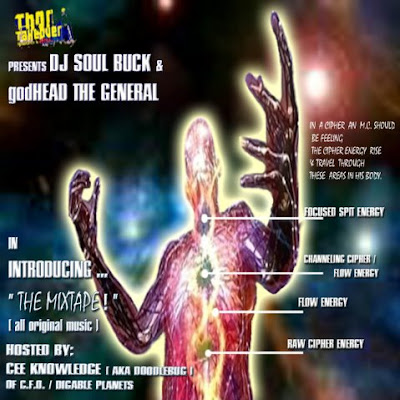 One of our best discoveries which led to one of our best interviews, GODHEAD THE GENERAL, shines on his latest street LP INTRODUCING....The Mixtape. Godhead is a lyrical beast and an emcee who strives to maintain the true tenets of those who wield mics. Reppin' BX with roots planted in Philly, Godhead and his movement ThorTakeOver is playing a vital role in maintaining the underground/independent movement. He is surrounded by some of the sharpest lyricists and beatsmiths who share the same vision. INTRODUCING....The Mixtape, hosted by Cee Knowledge aka Doodlebug of Digable Planets and mixed by DJ Soul Buck, features some of Godhead's best work. 22 original songs lace this release ranging from full out assault battle rhymes, conceptual tracks and introspective topics. My favorites include "Doorway", "Lost Souls", "Wish", Tears Of A Phoenix" and posse cut "That Party Shit" featuring The Rebel Coalition. Production duties are handled by Meks One, Dr. oO, Nile Hardin, The Other Guys, Killa Face, Bassilisk, E Slack, DJ Pham, SGC, Godhead himself and yours truly EDAYE & DJ AMBUSH ("Its Called Success"). Hit him at THORTAKEOVERRECORDS.COM 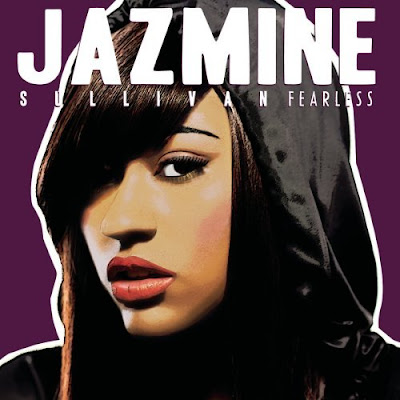 I am a bit of a latecomer to JAZMINE SULLIVAN but no less enthused and excited by her music. Many became familiar with her single "Bust Your Windows" from her debut album FEARLESS currently earning her one of 5 Grammy nominations. As the primary songwriter on Fearless, Jazmine brings her own experiences and observations on life and love with vivid storytelling imagery to her songs. Every track on her debut had me on replay soaking in the rich voice and blown away by the honest, emotive stories in the songs. Jazmine makes no excuses in her music revealing subject matter that many can relate to. "Switch", "One Night Stand" and "In Love With Another Man" deal with the complexities of dating and sexual attraction. "Call Me Guilty" is her murder fantasy of a seemingly deserving abusive lover and "Lions Tigers and Bears" reveals that love can even be fearful for the strongest of wills. This Philly native has a great future ahead if she keeps dropping music like this. With a cosign from Stevie Wonder, Missy Elliott, Kindred and Faith Evans, this talented singer/songwriter keeps me anxiously awaiting that future. 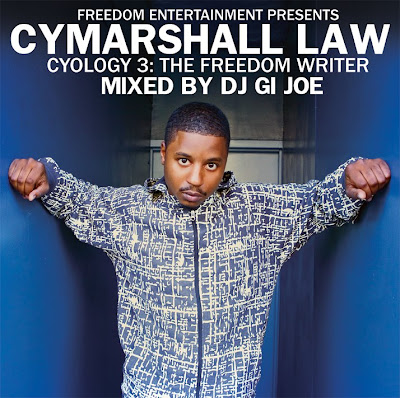 CYMARSHALL LAW has been featured on this site numerous times and was chosen as our first spotlight artist (HERE). One of the nicest of the new era emcees, Cymarshall Law shines on his compilation CYOLOGY 3:THE FREEDOM WRITER mixed by DJ GI JOE. This collection of freestyles, exclusives and singles from his roster of albums including "Hip Hop In The Soul" (With Mr. Joeker) and "Freedom" (Everliven Sound with Skit Slam) showcases the wickedly sharp delivery and heartfelt lyrics from this leader of the now school. I have seen Cymarshall live many times and he gives 200% onstage. His skill at song writing is nurtured with the same intensity. "Lost In The Music", "Mind Control", "Super MC's" and "Control" feat. KRS ONE are perfect examples of the lane this emcee is flowing in. Hit him at the link above and check for his earlier Rawkus 50 release "Hip Hop In The Flesh".. 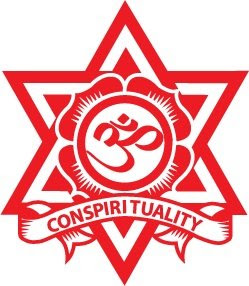 CONSPIRITUALITY is a Vancouver based hip hop group consisting of lyricists Gemineye and Zaddik Melchizedek (Sons of Zadok). Gemineye is one of Canada's and Hip Hop's most out-spoken political artists, his work deals with a wide array of topics from ancient mysteries and oddities to exposing the agenda's of secret societies, world political figures, historical cover ups and spiritual teachings. Zaddik Melchizedek is one of Canada's and Hip Hop's most captivating spiritual artists, his work focuses on the teachings and philosophies of world tradition's and cultures both ancient and modern, touching on everything from shamanism, egyptology, gnoticism, hindhuism, buddhism and more. Their self titled, six track EP is filled with eye opening ruminations on the world at large as Gemineye and Zaddik paint a clearer picture of the machine behind the curtain. Whether you agree or not, you should take a moment to listen and determine the truth from your own observations. This is best represented in tracks "Book of Secrets", "Listen and Look" and "Ambushed". We have a renewed hope now that the election has produced a different, multicultural voice but I sleep with one eye open towards our future.
Posted by EDAYE at 1:25 PM No comments:
Labels: conspirituality, cymarshall law, da kreek, godhead the general, jazmine sullivan 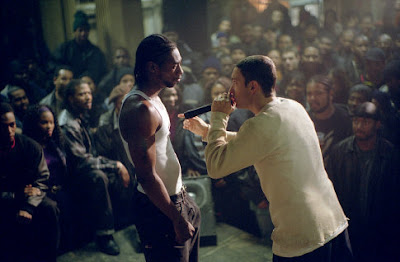 Umm..I don't know about this but like Nas said, "No Ideas Original". Throughout the history of mankind, cultures have shared, adopted and stolen from each other. It could be possible that the act of staging venomous verbal attacks between 2 or more people originated in Europe but I think that many cultures share many similarities in ritual practices with slight or major variations between them. In this article from the TELEGRAPH, Simon Johnson reports that "Professor Ferenc Szasz argued that so-called rap battles, where two or more performers trade elaborate insults, derive from the ancient Caledonian art of "flyting". According to the theory, Scottish slave owners took the tradition with them to the United States, where it was adopted and developed by slaves, emerging many years later as rap." With that in mind, it is possible that the practice was adopted and made anew by the African slaves. It is the primary root of hip hop that the culture was formed by utilizing the influences around you and creating a unique expression of those influences. Rap most certainly derived from the "dozens" which WIKIPEDIA defines as an "African American oral tradition in which two competitors, usually males, go head to head in a competition of often good-natured, ribald "trash talk". They take turns insulting—"cracking", "west coast dissin'," or "ranking" on—one another, their adversary's mother or other family member until one of them has no comeback." I am open to the practice originating elsewhere but the creators of rap music have transformed the idea into an indelible expression unique to African and Latino Americans.

Read the article HERE. Link to article originally found on HUFFINGTONPOST.COM
Posted by EDAYE at 1:23 PM No comments: