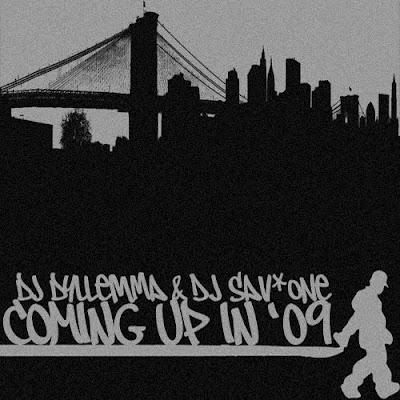 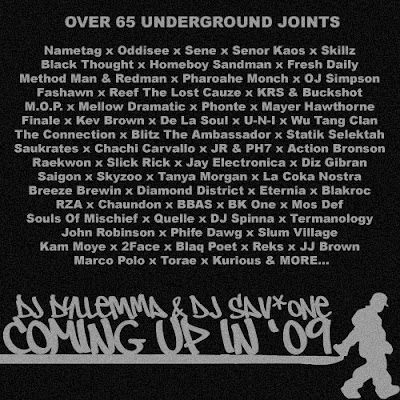 DJ Dyllemma & DJ Sav One put together over 65 tracks from some of their favorite MCs, who were either on the come-up or established MCs still putting out quality hip-hop in '09. For the people who feel like there weren't enough solid releases last year, this mix should fill in the gaps for some of the tracks you may have overlooked.

For all those that missed last week's show..THE ZRO HOUR repped that night as well. I was grateful to be there and witness the amazing energy from all.
Posted by EDAYE at 1:09 PM 1 comment:
Labels: chesney snow, eternia, human beatbox, krs one, moss, video 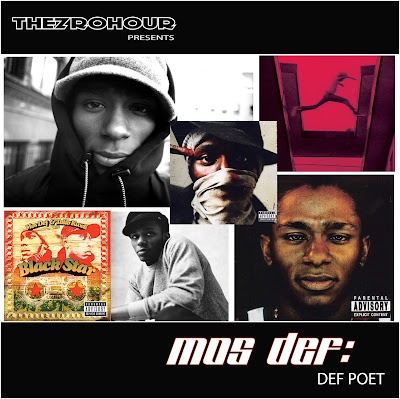 THE ZRO HOUR is back with a new episode devoted to one of the most diverse artists in hip hop, MOS DEF. Mos Def is an amazingly gifted emcee, poet, actor and musician. Be it the broadway stage, silver screen, recording studio or smoky club, Mos has always challenged expectations with his craft. His lyrics are laced with wit, insight and an outspoken candor. Mos Def can be bohemian and hood at the same time. He has collaborated with many of his idols and peers and their reverence for his lyricism is duly noted. I have selected some of his best solo tracks as well as some of the hottest collabos and freestyles. One selection of note is his live performance of "Quiet Dog", a song featured on his current CD "THE ECSTATIC". The live set was taken from a recent "Late Show with David Letterman" where Mos played the kettle drums and rapped simultaneously, never losing the beat.

Mos' film and television roles showcase his confident acting ability. He makes you forget that this is the same "true school" artist that rocks with Talib Kweli, De La Soul, Pharoahe Monch, The Roots, The Black Keys and many more. This show was a long time coming and I guarantee that you will rock this on "repeat"!

Eternia continues to prove why "My Favorite Rapper Wears A Skirt"! She spits a chilling verse that she wrote 5 minutes prior to recording the video.
Posted by EDAYE at 11:25 AM No comments:
Labels: eternia, videos
Newer Posts Older Posts Home
Subscribe to: Posts (Atom)