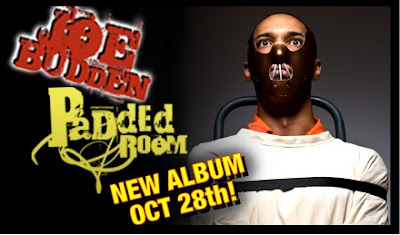 Two days ago, Thursday August 21, setting a new precedent Amalgam Digital teamed up with interactive broadcast company UStream, to broadcast three hours of Joe Budden’s final studio session for “Padded Room”. Fans had the opportunity to chat with Joe Budden online, ask him questions, and watch him respond live. After the Q & A, fans were able to watch Joe recording songs in the studio, putting the finishing touches on his highly anticipated sophomore album “Padded Room” which will hit stores worldwide on Oct 28 2008 on the Amalgam Digital label. We have the video from that webcast below! Thanks to Andrea Longo at AMALGAM DIGITAL for sending this-
CLICK TO WATCH 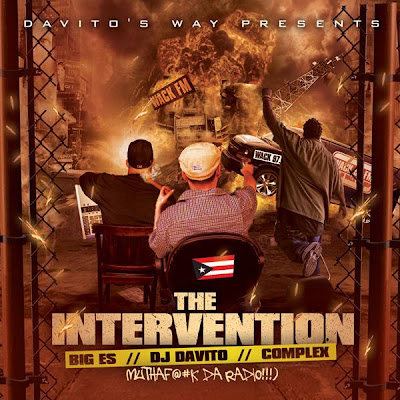 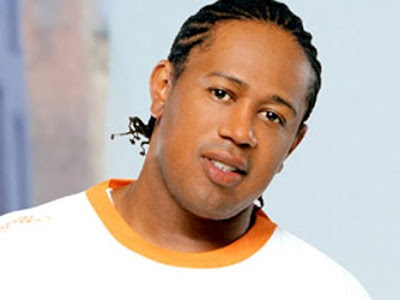 From Reuters and The Hollywood Reporter

The network will provide "positive content for a black and brown culture," according to a company statement.

BBTV, set to launch in 2009, will be a general entertainment channel running a wide range of scripted, unscripted and news programming, including drama and comedy series, movies, animation, reality, politics, sports and entertainment news, children's educational and teen programming, as well as "responsible hip-hop music and videos."

BBTV chairman and CEO Miller said he's had the vision for BBTV for several years.

"I believe that there is a market in our community for a new diverse network that provides a new brand of superior programming that caters to all aspects of television, from reality to original programming," he said.

The new channel is taking on the black-oriented cable channel BET. Production on BBTV's programs has begun in California, New York, Louisiana and Florida.

BBTV's programming in the works:

* "Sunset and Vine": Video show hosted by Vyshonn Miller and Brittany Phillips that will showcase the top hip-hop and R&B acts as well as play classic videos.

* "Close to the Starz": A behind-the-scenes show that takes the viewers up close and personal to their favorite celebrities.

* "Hip-Hop Garage Show": Saturday show that will play new and upcoming music.
Posted by EDAYE at 1:32 PM No comments:

Mad Magazine Weighs In On Obama 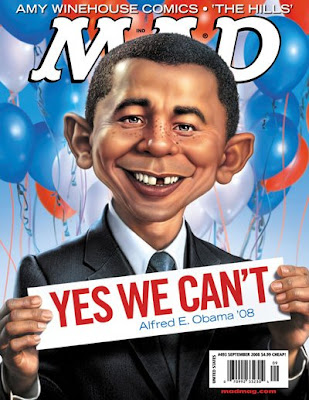 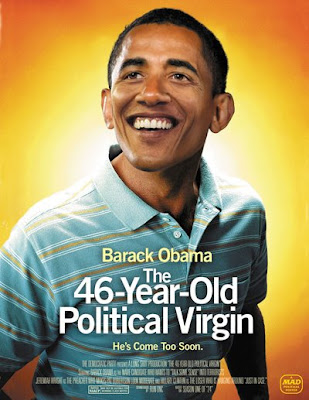 Mad Magazine is known for is humor and parody over the years and Barack Obama has not been spared. I actually love these images and they even provided the above "Knockout" image as a poster for download! Knock 'em dead Barry O!
Posted by EDAYE at 12:10 PM No comments:
Labels: barack obama 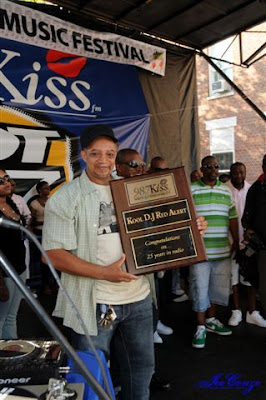 Kool DJ Red Alert was named one of the 50 Most Influential People in Music by Rolling Stone Magazine. He has been honored by the Rock and Roll hall Of Fame with his own exhibit. Uncle Red is also honored in the The Bronx Walk of Fame with a street named after him! He founded Violator Records and Management, now headed by Chris Lighty and will soon present new artists through his Red Alert Productions. We love Kool DJ Red Alert and wish him continued success and thank him for his contributions in shaping hip hop music.
Posted by EDAYE at 11:51 AM No comments:
Newer Posts Older Posts Home
Subscribe to: Posts (Atom)