Young Chris of the Young Gunz and State Property drops a new video for his single "I'm Good".
Posted by EDAYE at 2:36 PM No comments: 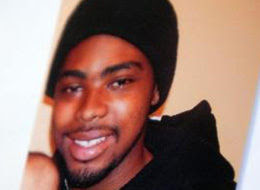 "120 demonstrators were arrested overnight as a march to protest the slaying of a Hayward man by a BART police officer erupted into violence in downtown Oakland. Authorities said 120 people had been arrested in the protest over the fatal New Years Day shooting of Oscar Grant III after a splitter group broke off from the peaceful march and began trashing store fronts, breaking windows, setting fires and damaging at least one patrol car and several other vehicles. Most were cited and released."

“We live a life of fear and we want them to feel fear tonight,” an unnamed demonstrator told KTVU at the height of the violence.
Oakland Mayor Ron Dellums, who had walked to City Hall alongside dozens of protest at the start of the march, called for calm as the demonstration reeled out of control. "Even with our anger and our pain, let's still address each other with a degree of civility and calmness and not make this tragedy an excuse to engage in violence," Dellums said. "I don't want anybody hurt, I don't want anybody killed."

The agitated crowd proceeded to throw debris at police officers, destroy property and burn police cars. The family of Oscar Grant, the young man killed by police officer Johannes Mehserle , appealed for calm and beseeched residents to avoid violence and not tarnish the image of her son. The reaction and the outrage of the violent protesters, although misplaced, has developed due to a history of harassment, profiling and disrespect towards the minority populace both perceived and real. At Oscar's funeral over a thousand mourners eulogized Oscar while reflecting positively on his life. At the moment the service was getting under way, the lawyer and union representative for the officer who shot Grant, were submitting his resignation to BART officials. The investigation is still ongoing and we will keep you posted..

Click HERE for more on the story from SFGATE.COM.
Posted by EDAYE at 8:08 PM No comments: 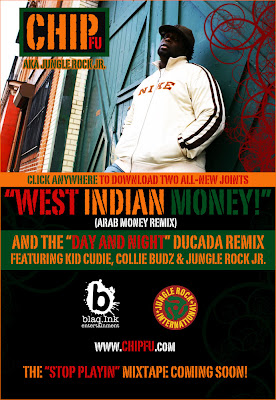 Download HERE
Thanks to SPITKICKER.COM for the heads up!
Posted by EDAYE at 7:59 PM No comments:
Labels: chip fu, jungle rock junior

On 12-13-08, the legendary Common Sense made his 4th appearance on KUBE 93's Sunday Night Sound Session in Seattle. Instead of a traditional interview with DJ Hyphen and J. Moore, Interscope/Geffen/A&M connected with KUBE 93 to throw a listening party for Common's new "Universal Mind Control" album with 50 lucky winners.

Watch as Com talks about the creative process for every track on the album and what it was like to work with the Neptunes, Mr. DJ, Kanye West, Cee-Lo, and more.

Before I provide the details of this report, I need to say that any evidence presented on video has to be investigated and analyzed in order to establish the truth. In some cases the truth is completely undeniable. In this case, it seems undeniable that an Oakland California BART transit police officer withdrew his firearm and proceeded to shoot a young black male in his back while that said black male was being subdued by two other officers on a station platform. In front of many witnesses. In a well lit environment and captured on numerous cell phones and other video devices. Oscar Grant (photo above) was killed by a BART police officer in the early hours of New Year's day 2009. After being suspected of being involved in a scuffle, Oscar, along with a couple of friends, was detained and being placed under arrest on a subway platform. All were either kneeling with their hands up or cuffed and sitting down. Cellphone video captured by several people waiting on a train showed Oscar at first pleading with the officer while both hands are raised. He is then pushed face down while 3 officers attempt to subdue him and possibly cuff him. Oscar is not seen thrashing around violently but he is resisting a bit. While two of the officers attempt to gain control, a third officer is seen standing up while withdrawing his revolver. Within a few seconds a shot discharges while aiming straight at Oscars back. Several witnesses started to scream "They just shot him!" as the train doors begin to close. Oscar Grant, a young father, died seven hours later.

HERE is a link to Oakland television station WKTVU with many of the raw cellphone footage from that incident. View for yourself and I am sure you will be outraged that the induction of 2009 is met with the same reckless disregard for the lives of people of color. The details are still forthcoming but initial statements from the BART chief of police state that the officer in question may have mistakenly pulled his service weapon as opposed to a taser that he MAY or may not have been carrying. Thank you to the HUFFINGTONPOST.COM for the initial link because I have not seen any news on this incident. You can read more on the investigation from KTVU news HERE. I am disgusted by the mainstream media outlets as they avoid high profile reporting of this story. For the last several days we have been inundated with features, headlines and front page news of the death of actor John Travolta's son Jett. Our condolences go out to the Travolta family but let them mourn in private. THIS is the real news. THIS should be on the front page of every newspaper in America for several days until justice served (we pray). A court of law will review this case but after watching the video, other feelings emerge. THE ZRO HOUR is an entertainment outlet but we are focused on bringing you serious news that matters too. I had to stop for a moment and share this tragedy. More details as the story develops...
Posted by EDAYE at 1:28 PM 1 comment:
Labels: cellphone video, police shooting, video


This is the first video from B-REAL's upcoming solo album "SMOKE & MIRRORS" dropping February 24th on Audio Hustlaz/Duck Down Records. The first single is "Don't Ya Dare Laugh" featuring Young De and directed by Matt Alonzo. Track is fire and B-Real sounds crisp as ever!

Check out this video titled "The Listening Session" where B-Real explains the direction on his first solo effort while getting busy with his favorite pastime smoking the "hand of time"..

Posted by EDAYE at 6:15 AM No comments:
Labels: b-real, video 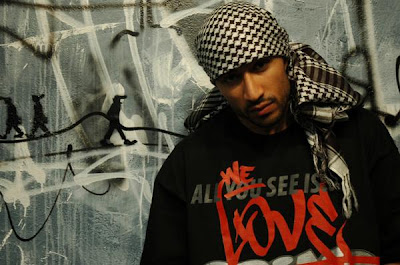 We are looking for extras to be in Hasan Salaam's video for his first single, 15 Minutes, off the album "Children Of God".
We want Beat Boxers, Singers, MCs, Cat Jugglers, Acrobats, Fire Eaters... please nothing explicit but bazaar is welcomed!

non sag, NOT PAID. There will be refreshments, giveaways and we guarantee a good time!!
Posted by EDAYE at 1:18 AM No comments:
Labels: hasan salaam