VIDEO: Possibly The Best Human Beatbox I Have Ever Heard

What the F@**!! My mouth dropped after watching this. This may be the best human beat box I have ever heard. Daichi, 18 year old Japanese human beat boxer, emulates keyboard sounds, turntable scratching and drum sounds with incredible clarity and tonal chracter. Daichi rocks original beats that are ready for production. The video was his submission to the Beatbox Battle Online World Championship on YouTube to determine a wildcard competitor for the official Beatbox Battle World Championship in May 2009 in Berlin, Germany.

All you need is to record an new beatboxing clip and response to this clip here. Be creative and produce a Beatbox-clip with a funky idea and a simple concept. Represent your own music style and show your entertainer skills here on YouTube.

We exspect all Beatboxer world wide to enter this competition to win the wildcard or just for fun anyway.
Remember, only one of you can win the golden microphone and earn the titel: World Champion.

Deadline is soon so if there are any challengers to Daichi and the other contestants' skill, film a clip and you may earn a spot in the battle.


Thanks to ILLSEED @ ALLHIPHOP for the original posting.
Posted by EDAYE at 1:32 PM No comments:
Labels: daichi, human beat box, japanese, video 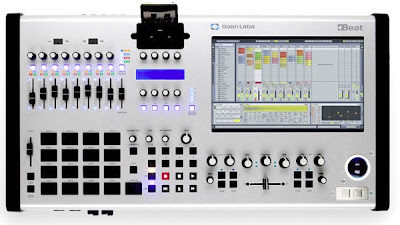 OPENLABS, manufacturers of the MiKo and NeKo computer/keyboard, are stepping into the sampling/drum machine arena with a new device that folds in the power and flexibility of a desktop computer.

OpenLab's DBeat, a monster of a rig, blends a full-bore 3GHz Core 2 Duo and 12-inch capacitive multitouch LCD screen with tracking controls, a DJ-oriented MIDI controller, iPod dock and a high-quality 4-in/6-out audio interface all into one integrated unit. Spec-wise you're looking at 4GB of RAM and a 320GB drive, as well as a dual-layer burner..

Sounds crazy but at a price tag of $3,999 I would have put this on Santa's wish list. Check the OpenLabs link above for more details.
Posted by EDAYE at 1:35 PM No comments:
Labels: dbeat, music tech, openlabs

VIDEO: IT'S HIM "The Black Hispanic" feat. CAPONE-N-NOREAGA- "Who You"

I like this track but can't help but notice that It's Him is using B.I.G.'s cadences. I would like to hear more though. It's Him may have some sleepers.
Posted by EDAYE at 12:47 PM No comments:
Labels: capone-N-noreaga, cnn, it's him, the black hispanic, video 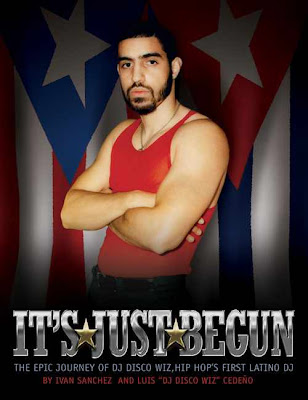 Thanks to TOOLS OF WAR for forwarding this:

Half-Cuban, half-Puerto Rican, Luis "DJ Disco Wiz" Cedeño is 100 percent Boogie Down Bronx. Born in the 60s, Wiz struggled in a turbulent and violent relationship with his alcoholic father while trying to protect his mother who was suffering from breast cancer. Raised in the 70s, Wiz learned the code of the streets while hustling with his crew, the East Side Boys. In 1975, Wiz discovered salvation when he hooked up with the legendary Grandmaster Caz to form the Mighty Force Crew, waging some of the biggest DJ battles in the Bronx during Hip Hop's earliest years.

When Hip Hop first hit, the DJ was king. Rockin' the party on two turntables for the b-boys and fly girls on the dance floor, DJs like Kool Herc, Afrika Bambaataa, and Grandmaster Flash pioneered an art form that has come to define our times. The first Latino DJ in the game, Wiz, along with Caz, went on to make a "mixed plate" in 1977 which combined sound bites, special effects, and paused beats. An innovator, originator, and a battle-style DJ with no fear, Wiz swept through the Bronx like a tornado.

Luis "DJ Disco Wiz" Cedeño, the first Latino Hip Hop DJ, is credited, along with Grandmaster Caz, for being the first DJs to make a "mixed plate" in 1977. In the years since, Wiz has been an influential force in educating the world about the early years of Hip Hop. Wiz was a major contributor in the opening of the Experience Music Project in Seattle in 2000, and was instrumental in the making of Jim Fricke and Charlie Ahearn's Yes Yes Y'all (Da Capo Press, 2002). He was also featured in the Emmy-nominated VH1 Rock Doc NY77: The Coolest Year in Hell, and is the creator and founder of the Hip-Hop Meets Spoken Wordz series.

Release date: May 19, 2009
Available at fine book stores as well as online at www.amazon.com

Detroit's own INVINCIBLE from the Anomolies Crew drops a video confronting the issue of suicide and mental health in our communities. Check the beginning of the video where she explains the song and video's concept and the result of submitting the video to MTVU.
Posted by EDAYE at 11:16 AM No comments:
Labels: invincible, tiombe lockhart, video

VIDEO: The Grouch & Eligh feat. Gift of Gab & Pigeon John- "All In"

Posted by EDAYE at 11:13 AM No comments:
Labels: nickelus F, video

PRI THE HONEY DARK & BIG TARA of the all female ANOMOLIES Crew drops in at THE ZRO HOUR to speak on her life in hip hop and being a female artist/producer in a male dominated arena. Pri laces us with a freestyle later in the interview. Go to WWW.RETURNTOZRO.COM to see all the videos from our 5th anniversary release. Stay tuned for the ETERNIA & CHESNEY SNOW clip later this week!
Posted by EDAYE at 3:26 PM No comments:
Labels: anomolies, big tara, interview, pri the honey dark, video

Former Bad Boy recording artist, KAIN drops some insight into his time dealing with Puff on Bad Boy over Jadakiss' "Lettter to B.I.G." track. Very interesting and revealing lyrics here. It brings to mind the recent tell all book by MARK CURRY, another former Bad Boy recording artist, entitled "Dancing With The Devil: How Puff Burned The Bad Boys Of Hip Hop. I recently finished reading that book and after seeing this video, I know that I need to up that review very soon. Many people are not even aware of the book or taking it very seriously. Much has been said on the hush but in time the story always comes to the light. Two sides to everything people but when you have several people sounding more than "disgruntled", its worth a listen..
Posted by EDAYE at 2:35 PM 3 comments:
Labels: diddy. p-diddy, kain, puff, sean combs, video

VIDEO: DAZ DILLINGER- "In My Neighborhood"

This is a banger!
Posted by EDAYE at 4:41 PM No comments:
Labels: drag-on, swizz beatz, video 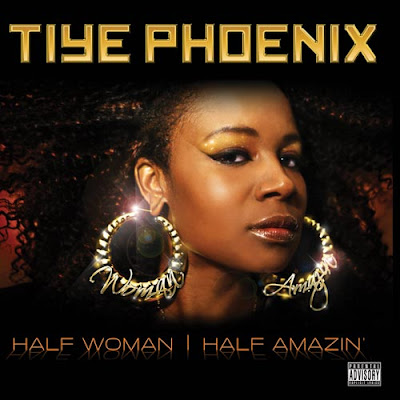