We have been getting a lot of requests for the next show and as a few of you know we were planning to drop a special 4th anniversary edition of THE ZRO HOUR. We are still working on getting some elements and guests in place for that and I PROMISE it will be worth the wait. We will drop a new show or two as a set up for the anniversary within two weeks and bring you the big one early to mid June. Alexie F. and I appreciate all the support and visitors past and present. We are inspired by the talent that we present and will always deliver well crafted, engaging entertainment. Stay tuned...
Posted by EDAYE at 9:35 AM No comments: 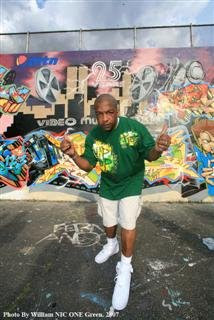 Many of you outside of the tri-state area (NY, NJ, CT) know of Ralph McDaniels and Video Music Box. In New York, "Uncle" Ralph is one of the most revered figures in hip hop. Video Music Box, originally hosted by Ralph and Lionel C. Martin ("The Vid Kid"), was a pioneering hip hop/R&B video show waaaay before Yo! MTV Raps. It was the only outlet that featured music videos from local and independent hip hop artists as well as those who could not get placement on the major video shows such as Friday Night Video (NBC), Hot Traxx (ABC) and MTV network. Ralph and Lionel established Classic Concepts, a video production company that produced some of the earliest videos for some of the biggest stars in hip hop and R&B from the mid 80's through the 90's. Lionel C. Martin was the Hype Williams of his time. The show is regarded dearly due to the classic moments of hip hop pioneers and sincere artist interviews. Uncle Ralph used to (and still does) bring the camera to the clubs and show you all the party goers in their sweat induced glory. We all looked forward to hearing the screaming shout outs and dissected the scenes to see if we recognized anyone in the crowd. Video Music Box was must see TV and the streets were quiet when it was on. I have some history with VMB also. I appeared in a PSA one summer with a crew called Fresh Productions. We did a song called "Stop Cracking It Up" (EDAYE on the beatbox) and it ran for several months in 1986. Everybody in my hood gave props was expecting us to get a record deal. Needless to say, I enjoyed the attention. What was more important to me was the idea that I had a chance to be a part of one of the most influential and inspiring outlets in hip hop...

This summer, July 18 2008, Central Park's Summerstage concert series presents a FREE 25th anniversary concert celebrating Video Music Box and Ralph McDaniels. You can expect a who's who of hip hop to appear on the bill. I will be there and will post pics and footage of this important event in hip hop history..

Check the Summerstage link HERE
Posted by EDAYE at 12:18 PM No comments: 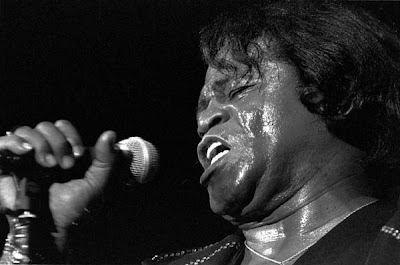 This past Saturday, May 3rd, was the birthday of the one and only Godfather Of Soul- James Brown. Its been two years since his passing and James Brown still continues to resonate in our hearts. Keep 'em grooving in heaven...
Posted by EDAYE at 12:15 PM No comments:
Newer Posts Older Posts Home
Subscribe to: Posts (Atom)