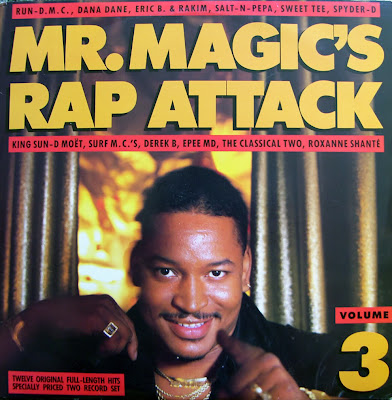 For those that remember tuning in to 109.5 FM WHBI or 107.5 FM WBLS in New York, whenever you heard Mr. Magic say "This is a World Premiere-miere-miere!" you knew the next possible hip hop classic was about to drop. Earlier today, ALLHIPHOP.COM reported the death of John Rivas aka Mr. Magic. Mr. Magic has an indelible influence on hip hop as the pioneering radio host of "The Mr. Magic Disco Show" on WHBI and "Mr. Magic's Rap Attack"and the co-founder of the legendary Juice Crew (with Marley Marl). The Juice Crew included iconic rappers, M.C Shan, Roxanne Shante, Bizmarkie, Craig G., Kool G. Rap and Big Daddy Kane. Classic hip hop group, Mr. Magic was the door for Whodini's career also. Their song "Magic's Wand" was a featured promo for his WBLS show. Mr. Magic and DJ Red Alert were once radio rivals and hip hop benefitted from their creative ruse. Some artists began to take sides and soon Boogie Down Productions was born. The battle between the Juice Crew and BDP played a vital role in raising the creative bar.

I had spent countless Friday and Saturday nights listening to Mr. Magic with one finger on the record button ready to capture a "World Premiere" song and archive the mixes. I will never forget that era, his voice and his famous sign off, "just remember that persistence always overcomes resistance" and "be yourself or you will find yourself, by yourself"..

Also check THEURBANDAILY.COM for an excerpt from one of his last interviews from a soon to be published book entitled, "The Big Payback: The History of the Business of Hip-Hop", coming in 2010. The piece reveals his beginning as Mr. Magic and the birth of Whodini.
Posted by EDAYE at 11:49 AM No comments:
Labels: hip hop radio, mr. magic, the juice crew

Ed Lover keeps it real once again in this latest installment. Check out the science on ESPN. Seems that ESPN has already bitten Ed Lover's concept..
Posted by EDAYE at 12:39 AM No comments:
Labels: c'mon son, ed lover, video

MIXTAPES: In Memory of Big L- "BIG L: HARLEM MASSACRE" & "THE BEST OF THE REST" 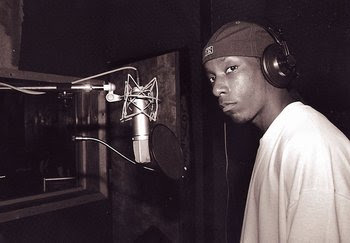 The spirit led me to Big L today. Well that and a daily visit to datpiff.com. "BIG L: Harlem Massacre" presented by Pro-Act is an essential collection of Big L's freestyles, rare & unreleased singles and interviews with some of the best in hip hop radio. Bobbito Garcia, Kay Slay and Tim Westwood among them. Many of the freestyles had me on rewind and it was great hearing Big L interact with the hosts and other emcees. One of the rare singles entitled "We All Can't Ball feat Liz Lucci & Richie Thumbs" got my attention and I did a search to find more background on that single and found yet another recent release in honor of Harlem's Finest. 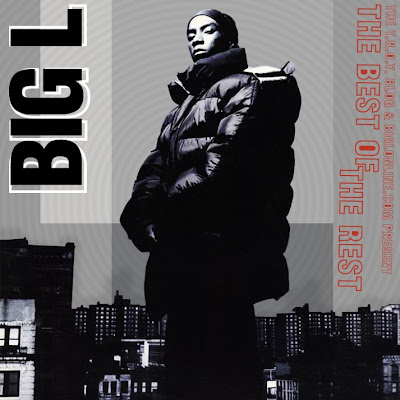 In a collaboration between The T.R.O.Y. Blog and BigLOnline,"The Best of The Rest", delves even deeper into the archives for even MORE greatness. This 12 track compilation "showcases a dozen varied highlights of live performances and rare/unreleased tracks by Big L. It spans from his first recordings in 1992 to his last live show in 1998. The link found at THEDIGGERSUNION.COM also posts background on every track.

ONYX is Making a Comeback with BLACK ROCK?!!

Uh-oh! Somethings brewing in hip hop and its a good look..

A couple of days ago I posted about Dame Dash's new BLAKROC project pairing various emcees with Akron, OH band, The Black Keys. Now there is word (thanks ILLSEED) that Onyx is returning with a hip hop/rock influenced album titled BLACK ROCK. In the video, Onyx is bringing their flavor full circle. Don't forget, Onyx rocked with heavy metal band, Biohazard, twice with a remix for "Slam" and a collabo/title song for the film "Judgement Night":

In what looks like a 2009 version of "Heavy Rhyme Experience" (originally a concept album released by the Brand New Heavies which paired them with some of the finest emcees of the golden era), Dame Dash Presents BLAKROC. BLAKROC consists of Akron, Ohio band, The Black Keys, and 11 vocalists recorded over an 11 day period. The artists consist of rappers Jim Jones, Mos Def, Q-Tip, Raekwon, Billy Danze (M.O.P.), Ol' Dirty Bastard, Ludacris, the RZA, NOE, Pharoahe Monch and singer Nicole Wray. I got excited just from seeing the first two webisodes. I love the organic way that this project seems to have come together. Stay tuned for more info.. 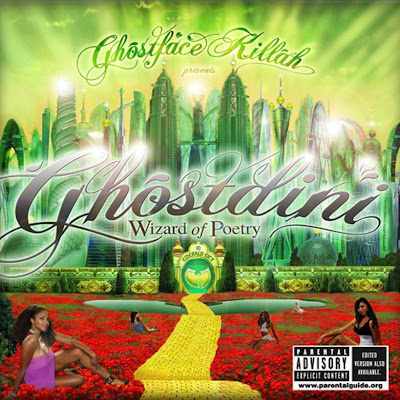 Ghostface returns with a great concept album. "Ghostdini: The Wizard of Poetry In Emerald City" showcases Ghostdini's wicked stream of conscious flow in full storytelling mode. The album is laced with R&B/Soul instrumentation assisted by the soothing tones of Raheem Devaughn, Lloyd, Jack Knight, John Legend, Adrienne Bailon, Vaughn Anthony, Estelle and Shareefa on the hooks. Its an environment that Ghost excels in. Much of the album deals with a full 360 degrees within relationships. Make no mistake, the God is not turning soft. Ghostface is a completely visual emcee and the tracks are a perfect fit for his poetical wisdom.

Standout tracks include "Not Your Average Girl", "Do Over", "Baby", "Guest House feat. Fabolous", "Forever" and the raunchy "Stapleton Sex".

Posted by EDAYE at 3:38 AM No comments:
Labels: ghostface killah.

Posted by EDAYE at 2:03 AM No comments:
Labels: tupac shakur, vibe magazine, video