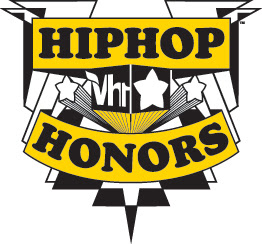 I just finished watching the Hip-Hop Honors for 2007 and of course I have a few things to say. First of all, I would like to say that creators, producers, etc... from VH1 are doing a great job of keeping Hip-Hop & Soul Music alive with the creation of VH1 Soul. In a way, it gives you some of the history of where the music of today comes from. With that said, I have to say that when they honored Whodini, that was my favorite part of the show. Yes, I did love them back when they were out (Grandmaster D was my fav) and would have to say they are high up on my favorite artist list but they not only took my back with their music, but with some of the dance moves as well. They were able to reach not only the young but the old as well. I remember my grandmother saying, "I like the one wearing the wide brim hat but why did he have to wear those little white shorts?". She was speaking of Ecstasy of course.

It was wonderful that they included New Jack Swing too. Teddy showed his age though during his performance. It's was cool though. I would have liked to have seen Aaron Hall there with him. Also I believe that T-Pain needs to lay low for a while. Keith Sweat may be looking for him because he slaughtered his song. Oh yeah, Kool Moe Dee showed us that he isn't starving and that's all I have to say about that. I believe that Doug E Fresh & The Get Fresh Crew including Slick Rick (or even Slick Rick alone) should be one of the new group of honorees. I think the movie "New Jack City" should be a movie that is honored as well. They did "Boyz In Da Hood" so there should be no real issue. Queen Latifah should have her time to shine as well but it wouldn't surprise me at all if they pick Roxanne Shante instead. Overall, I enjoyed the program. The music took me back to times I had forgotten about. The fun that was had during the summer breaks from school, times I shared with family and friends, and just being a young teenager worrying about passing a test or getting my homework in on time.