VIDEO: DJ KHALIL Breaks Down the Production of THE CLIPSE's "Kinda Like a Big Deal" 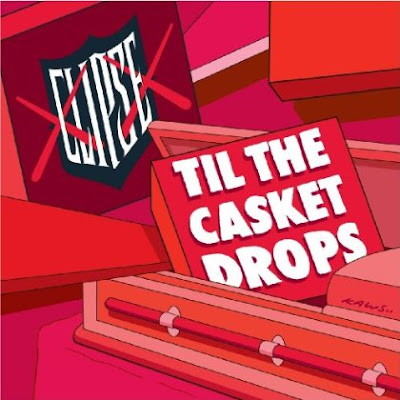 Support that new Clipse CD!
Posted by EDAYE at 11:29 AM No comments:
Labels: dj khalil, kanye west, the clipse, video


Posted by EDAYE at 1:47 PM No comments:
Labels: bekay, video

VIDEO: Wu-Tang's U-GOD Breaks Down the Game of Cee-Lo

Posted by EDAYE at 1:19 PM No comments:
Labels: u-god, video 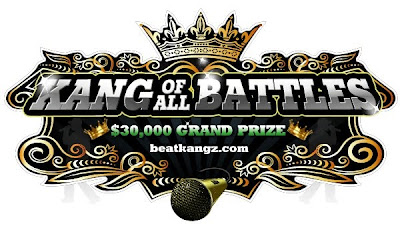 BEAT KANGZ Team Up With Grammy-Winning Multi-Platinum Super Producer ROCKWILDER to Empower Artists & Beat Makers
plus YOU Can Win $30,000 Cash & Prizes in THE KANG OF ALL BATTLES:

Purchase a BEAT THANG or BEAT THANG VIRTUAL and you'll be automatically registered to compete in the Kang of All Battles.

One Producer and One Artist will get a prize package fit for a Kang including:

-$10,000 cash
-A Full page Ad and Promotion in XXL Magazine
-Your Own Thang - Custom Shop personalized Beat Thang hardware device.
-Tickets for you and a guest to the BET Hip Hop Honors
-Your own PLAYA THANG iPhone APP loaded with your songs.
-An all expenses paid trip to Nashville for a meeting with industry heavyweights like producer Rockwilder (50 Cent, JAY Z, Method Man), producer Bob Ezrin (JAY-Z, Nine Inch Nails, Peter Gabriel, U2), and The Beat Kangz themselves. 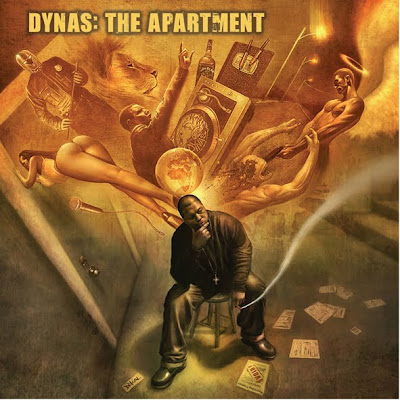 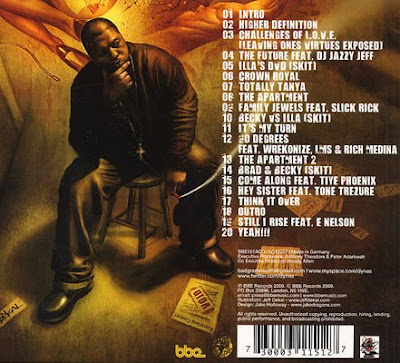 Hailing from South Florida, Dynas has been a creative force within the South Florida music community. Originating from New York City and born of Caribbean parents, Dynas has a variety of influences in his music. He has been credited as a true master of ceremonies able to rock a crowd of few to many. He has hosted and performed with the likes of A Tribe Called Quest, Nas, and Wu Tang Clan. Noted for his ability to visually depict urban tales with melodious harmonies. His artistry is head and shoulders above the normal Top 40 music landscape. He has collaborated with former Def Jam recording artists Slick Rick and Universal recording artists Big Gipp of the Goodie Mob as well as Masta Ace.

He has produced tracks for many local artists including former Island recording artist Mother Superior. He has toured the United Kingdom, Norway,United States of America and France. Dynas has been produced by some ! of the more progressive beat architecs in hip-hop. He has worked with DJ Jazzy Jeff, J Dilla, DJ Spinna, Tony Galvin, 9th Wonder, Illmind and Lewis Parker to name a few. He has had releases, as well as, been featured on Beyond Real Recordings, Counterflow Recordings, Metatronix, ABB Records, Papa Records (UK), AVX Records, Dusty Vinyl (UK), Handcuts Records (Japan), Rawkus Records as well as his own Badgramma Records imprint. He is currently completing work on The Apartment LP for BBE Records (UK). Dynas started Badgramma Records Inc., an urban independent label committed to the advancement of local South Florida artists. "It is my way of showing the world our diversity and value in the marketplace."(Dynas)

More info at bbemusic.com
Posted by EDAYE at 3:22 PM No comments:
Labels: dynas, the apartment 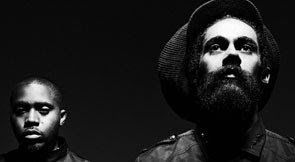 National Geographic Live will conclude its fall event series with a one-of-a-kind evening with some of hip-hop's most legendary figures. "Distant Relatives", sponsored by VTech, will feature hip-hop icon Nas and Grammy-winning artist Damian "Jr. Gong" Marley, son of Bob Marley, in a discussion about the often under-appreciated evolution of and deep-rooted connections between reggae and hip-hop.

Joining them for this conversation, moderated by MTV VJ Sway, will be key players in the development of both musical genres, including Kool Herc, Rakim, Daddy U-Roy, King Jammy, Jeff Chang, Pat McKay, Waterflow and DJ Red Alert. now a multibillion-dollar industry, originated as a vital form of cultural expression in Africa that was translocated by the slave trade to the Caribbean and the American colonies. It blossomed a half century ago in the dance halls of Kingston, Jamaica, and soon migrated to the parks jams and recreational centers of New York City, where the culture became known as hip-hop.

The event will take place at National Geographic's Grosvenor Auditorium on Saturday, Dec. 12, at 7 p.m. Tickets are $25 and may be purchased online at www.nglive.org, via telephone at (202) 857-7700, or in person at the National Geographic ticket office between 9 a.m. and 5 p.m. Monday to Friday. Tickets purchased online can be picked up in the lobby prior to the event.
An open-mic party will be hosted at popular Washington nightclub Zanzibar following the event. National Geographic ticket holders will receive free admission with proof of purchase. For more information on the Zanzibar event, visit www.zanzibar-otw.com. This event also will be streamed live and broadcast online at www.natgeomusic.net.
Posted by EDAYE at 2:08 PM No comments:
Labels: damian marley, nas, national geographic

Large Professor visits Amoeba Records to browse through its vinyl collection. While browsing the crates and reflecting on titles from Gloria Gayner, Joe Walsh, and Paul Horn, Extra P also recalls some of the lessons that he learned his mentor Paul C such as digging with gloves, special record sleeves, and the importance of meticulousness in production. 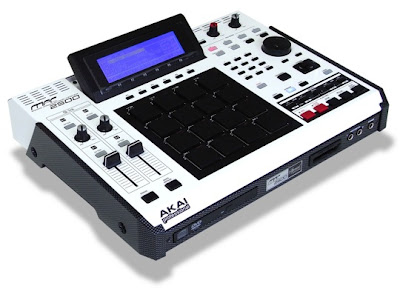 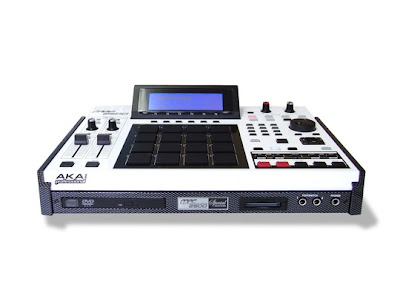 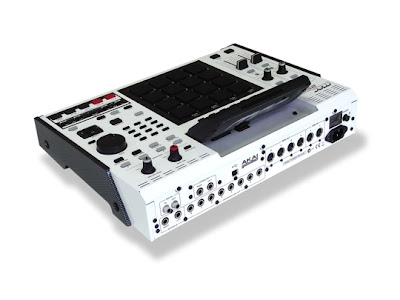 Akai plans to release a Special Edition MPC2500SE sampler/sequencer that will be available in white with carbon paneling and come equipped with 128MB RAM and a CD-R drive pre-installed. 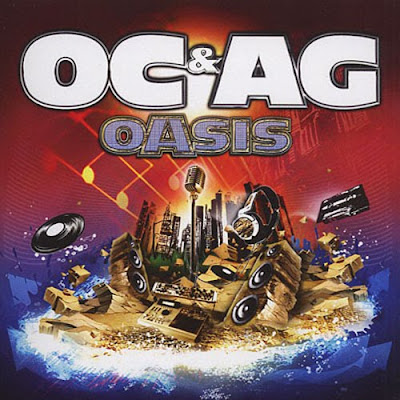 Look at how far hip hop/street dancing has come. This performance is incredible for the precision and atmosphere that combines classical/operatic styles with some of the illest b-boy moves around. Taken from a recent episode of "So You Think You Can Dance".
Posted by EDAYE at 1:32 PM No comments:
Labels: League of Extraordinary Dancers, LXD, video

SOULS OF MISCHIEF Team Up with PRINCE PAUL for "Montezuma's Revenge" 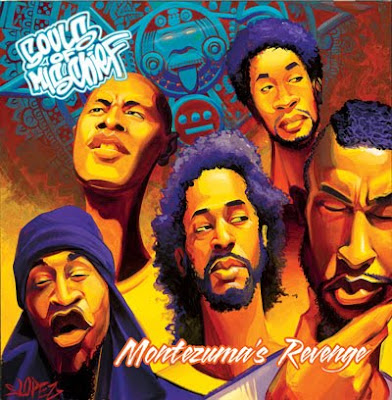 East Oakland, Ca. hip hop crew, Souls of Mischief return with a new album executive produced by the legendary Prince Paul. Recorded in San Francisco in a house on Montezuma street, the new CD expands their legacy and offers a return to form for this talented crew. Emcees A-Plus, Phesto, Opio and Tajai continue to bring excellent chemistry and slick wordplay although their flows are a little different from their first appearance in the 90's. This is Souls of Mischief's fifth album and some of their best work to date.

Cop it on iTUNES.
Posted by EDAYE at 12:19 PM No comments:
Labels: souls of mischief 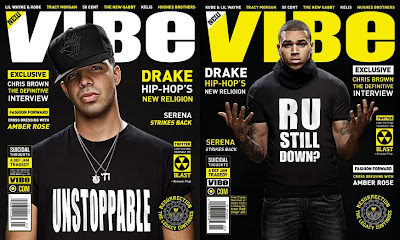 I heard rumors about a possible relaunch of VIBE Magazine and a new issue is on the stands as we speak. I am going to pick it up to find out the story on that.
Posted by EDAYE at 11:05 AM No comments:
Labels: vibe magazine

"The Only Number That Matters is Won"...coming in 2010.. featuring a guest appearanceby one of hip hop's biggest superstars of all time.