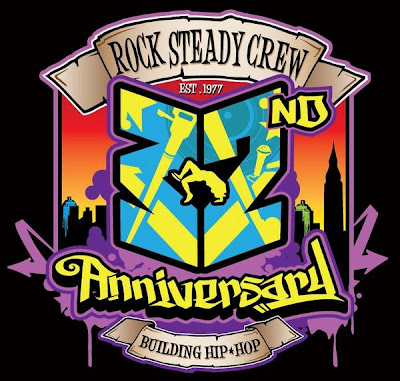 Thanks to TOOLS OF WAR for the info:

Fri. JULY 24: ROCK STEADY 32 FRIENEMIES BATTLE NYC
3-9pm. $20. All Ages. Hosted By: The Rock Steady Crew.
DJs: Crazy Legs, DJ Jazzy Jay, Skeme Richards and Charlie Rock.
Every B-boy and B-girl is on their own! No preset battles. In the early to mid 80's, crews were rolling thick and a lot of them were at peace. The only time they didn't get along was when it was time to battle in the club. No one was worried about hurting someone's feelings or concerned with battling their own friends, but rather battled with a fierce will to win. We were all "FRIENEMIES". 'Frienemies" is the place to battle that person that you chill with on a regular basis and show him/her that they're not as good as they brag about all the time. Winner receives an all expense paid trip to rep the U.S. at the UK B-Boy Championships.
101 River View - Grand Hall - 101 Sixth Ave. (btwn. Grand & Watt) New York City
Trains: 1, 2, A, C & E to Canal. crazylegsworkshop.com 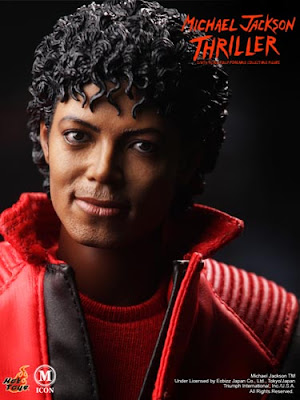 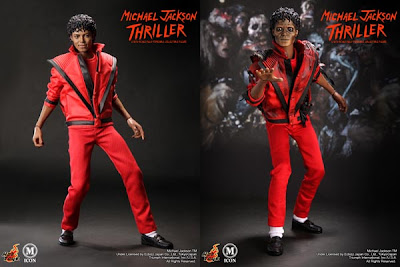 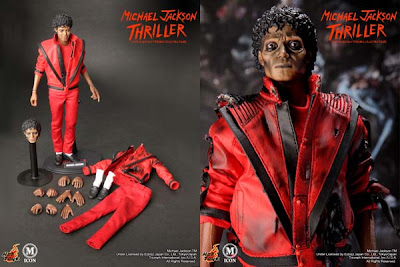 The figure retails for $189 at this seller and may be hard to find at that price for long due to the demand for MJ collectibles since his death.
Posted by EDAYE at 11:38 PM No comments:
Labels: collectibles, hot toys, michael jackson
Newer Posts Older Posts Home
Subscribe to: Posts (Atom)