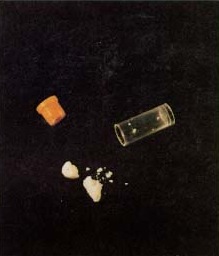 Today, the House passed legislation reducing the two-decades-old sentencing disparity between crack and powder cocaine offenses. The Senate passed an identical bill in March and the legislation is now heading to President Obama, who supports the reform effort.

This is a historic day, with House Republicans and Democrats in agreement that U.S. drug laws are too harsh and must be reformed. The tide is clearly turning against the failed war on drugs.

Before the changes, a person with just five grams of crack received a mandatory sentence of five years in prison. That same person would have to possess 500 grams of powder cocaine to earn the same punishment. This discrepancy, known as the 100-to-1 ratio, was enacted in the late 1980s and was based on myths about crack cocaine being more dangerous than powder. Scientific evidence, including a major study published in the Journal of the American Medical Association, has proven that crack and powder cocaine have identical physiological and psychoactive effects on the human body.

The 100-1 ratio has caused myriad problems, including perpetuating racial disparities, wasting taxpayer money, and targeting low-level offenders instead of dangerous criminals. African Americans comprise 82 percent of those convicted for federal crack cocaine offenses but only 30 percent of crack users, and 62 percent of people convicted for crack offenses were low-level sellers or lookouts.

Advocates pushed to totally eliminate the disparity but ultimately a compromise was struck between Democrats and Republicans to reduce the 100-to-1 disparity to 18-to-1. The compromise also eliminated the five year mandatory minimum sentence for simple possession of five grams of cocaine (about two sugar packets worth). The repeal of that mandatory minimum is the first repeal of a mandatory minimum drug sentence since the 1970s. Overall, the compromise bill is expected to reduce the federal prison population by thousands of offenders and save an estimated $42 million in criminal justice spending over the first five years.
Posted by EDAYE at 11:03 PM
Labels: cocaine, crack, drug laws