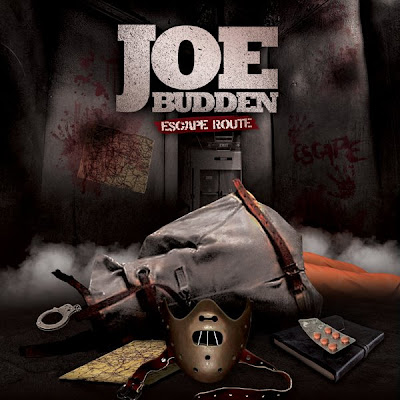 Following the success of “Halfway House” and the much-anticipated “Padded Room,” Joe Budden and Amalgam Digital are excited to announce the release of “Escape Route”. The digital-only album will be made available exclusively on AmalgamDigital.com August 11th, 2009. “Escape Route” marks the third installment in Budden’s inspired saga sequence that has already brought fans such releases as “Halfway House” and “Padded Room,” and will culminate with the groundbreaking “The Great Escape.” scape Route aims to set a new precedent for Budden as he begins to map out his escape by enlisting guest appearances from Wale, Slaughterhouse, and Young Chris as well as production from 9th Wonder, Streetrunner, Chad West, and J. Cardim.

Following “Escape Route” Joe Budden will return to the Amalgam Digital label roster to release the final and most compelling installment of the series entitled “The Great Escape” another groundbreaking album that will signify his ultimate salvation and departure from the traditional norms of mediocrity that continue to confine the creativity of many artists today. With the momentum garnering around his supergroup Slaughterhouse’s performances on tour at the Paid Dues and Rock the Bells hip hop festivals, Budden’s latest album is sure to reinforce his commitment to his craft while also justifying his sustained success throughout the past several years.

Download album at amalgamdigital.com
Posted by EDAYE at 11:31 AM
Labels: joe budden