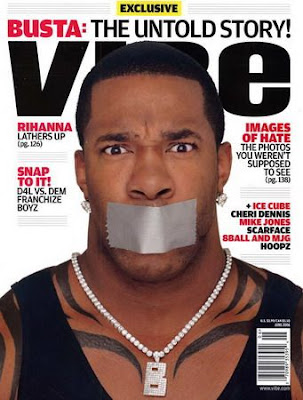 VIBE magazine, the urban-music magazine founded in 1993 by Quincy Jones, ceased operations today due to the recession.

From The New York Times:

Word was broken early this afternoon by the Web site dailyfinance.com and spread to other music and media news sites. The spokeswoman, Tracy Nguyen, said the Vibe staff would be formally notified in a meeting at 2 p.m. She said she did not know how many people would be laid off as a result of the closure. The closure of Vibe leaves just two large-circulation music magazines, XXL and The Source, focusing on hip-hop and R&B. The Source has had its own troubles, going through a bankruptcy and emerging under new ownership last year. A rock-focused magazine, Blender, folded last year. Read more HERE

VIBE will be missed that is for certain. Known for many classic issues filled with fashion, music, lifestyle and at times, investigative journalism, VIBE followed the same lane as Rolling Stone but was geared toward an African-American and multicultural audience. Some of the greatest articles on many of hip hop and R&B's biggest stars graced the magazine. Their interviews with the Notorious B.I.G., Tupac, Mary J. Blige, and R. Kelly to name a few, were among the most revealing and insightful portrayals in print. The first music industry function that I attended was sponsored by VIBE magazine. The VIBE Music Seminar, introduced in summer of 1996, was my inaugural venture into networking with the industry's movers and shakers. It was held at Jacob Javitz Convention Center in New York City over 4 days. I nervously made my way, solo, through seminars, showcases and panels with a home burned CD of my beats. Mostly ignored due to my unknown status and shy approach, it did not discourage me from moving forward. That is my special connection to VIBE. Thank you to all of the writers, editors, photographers who shaped VIBE and executed Quincy's vision. I anxiously await the next phase of hip hop journalism...
Posted by EDAYE at 1:20 AM
Labels: vibe magazine

It appears that Q is trying to buy it back