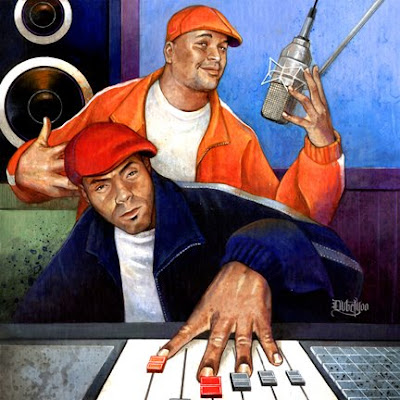 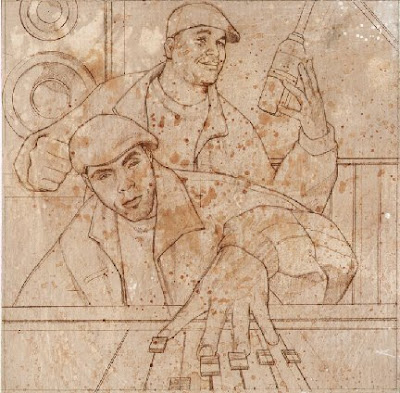 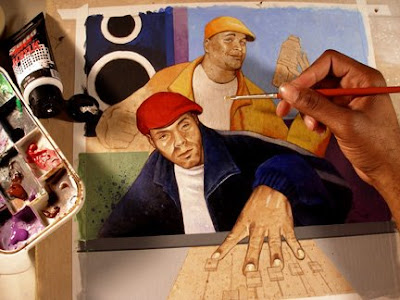 Coming soon (in just a matter of weeks), we are about to release our promotional CD entitled "THE ZRO HOUR: Respect The Architects Vol. 1". It will be a compilation of some of the best freestyles and interview highlights of the past few years. The CD will feature Eternia, Point Dot Period, Dashah, Godhead The General, Bekay, Lin Que, Hasan Salaam, Chesney Snow, K Banger, Monster, Randy Mason, Knewdles from the Misnomers and others. The CD also features an exclusive track by Six Zro Entertainment's SAFARI, produced by EDAYE & Ambush, and two classic joints by ZEPS- "I Love NY" and "The Zro Hour Promo".

The brilliant artwork above was done by DUBELYOO. Dubelyoo's art has been featured in several magazines and corporate campaigns. DUBELYOO'S work appears in the 2006 full-length motion picture, ATL, directed by Chris Robinson. His work is also featured in the 2008 music video for Grammy award winner Alicia Keys' single, "Teenage Love Affair". I had been following Dubelyoo's work for a couple of years and Beth "The Superfan" suggested I contact him to see if he could do the cover for us. It was the best idea and resulted in the impressive painting above. Dubelyoo captured our personalities and the vibe of THE ZRO HOUR perfectly.

THE ZRO HOUR will be repping at this year's BROOKLYN HIP HOP FESTIVAL (6/20) and will be distributing free copies of the CD there. More info coming soon-
Posted by EDAYE at 2:36 PM
Labels: art, dubelyoo