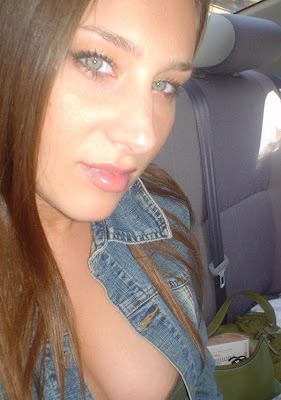 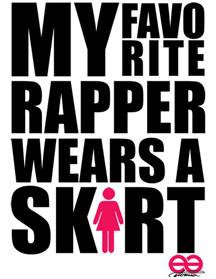 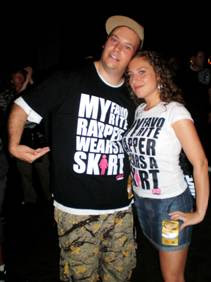 Beginning August 1st, "My Favorite Rapper Wears A Skirt" T-shirts will be available on all Eternia’s scheduled tour dates and also online via PayPal at http://www.myspace.com/eternia.
Posted by EDAYE at 9:32 PM
Labels: eternia