Rhymefest Opens Up About Fatherhood 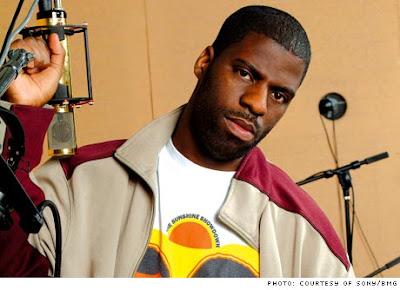 Thank you and props to DAVEY D for presenting this intimate, insightful and compelling Q&A between Rhymefest and his 10 year old son. We celebrate Father's Day this month and although many issues are present within father/son relationships, there are many great benefits of what strong fatherhood can provide both parent and child. Alexie F. is a great father. My Dad is a great father. I am not yet a father but these issues are dear to me.

Two days ago, June 2nd, Rhymefest appeared at a townhall/book release event in Brooklyn for "BE A FATHER". "BE A FATHER" was written by April Silver Lauren Harris of the Ford Foundation and featured contributions from Hip Hop scholars, activists and artists. These essays and poems deal with fatherhood and manhood within the African American community. Rhymefest, a contributor, was on hand to kick a freestyle about fatherhood but instead did a Q&A freestyle with his son. They each prepared 5 questions and neither knew in advance what they would be. The profound exchange between father and son, so publicly, impacted all those in attendance. When I listened to the audio below, I am not ashamed to say it bought tears to my eyes. Whether you are a father or a son, their conversation will cause you to reflect on similar emotions that you may have held...

thanxxxxxxxxx ,,,that means alot to me,,,i take a great deal of time showing them just how much i really truly love them,being that you are the godfather to my youngest bundle of joy,,,,,im sure you will feel the joy i feel spending time with him,,,,,,


on the verge of the anniversary show that we are about to do,,,i have to say that it has been a long and winding road,,,

thank you 4 all the great things you have taught me,,,on and off the show.