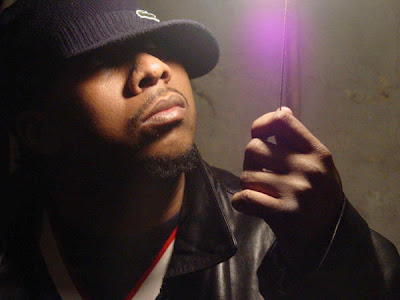 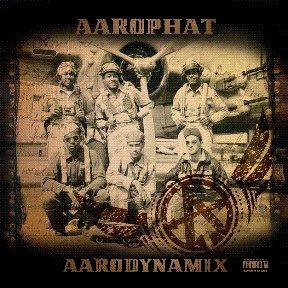 This week's Spotlight artist is an incredible lyricist reppin' Youngstown, Ohio- AAROPHAT. Aarophat is all about "death to mediocrity" in Hip Hop. I'm witchu bro! He was chosen as one of 2007's Rawkus 50 and rightfully so. Aarophat's commanding voice and slick wordplay allows him to keep company with the future greats in Hip Hop. He patterns himself after no one, but with a healthy respect for Hip-Hop greatness and quality emceeing reminiscent of legendary wordsmiths such as Big Daddy Kane and Rakim, Aaro’ has set out to blaze new trails and leave his mark on the game. With humble beginnings in the inner city of Youngstown, his story isn’t one of hard luck. He’s not a killer, a drug dealer or portraying the role of a street thug. He grew up in the neighborhood like everyone else, but was able to maintain his focus on the craft he grew to love at an early age. His current release, AARODYNAMIX, is a bomb mixture of hard hittin', diverse beats, focus and quality lyricism. There are no "fast forward" joints and it begs to stay on repeat. Crazy atmosphere throughout. AARODYNAMIX features guests No Joke, Dolo, Columbo Black, Akir, Ben Levels, Tay'uana and D-Flawless. Production is handled by just 2(!) producers- Illastrate and C Dubb. The standout tracks are "Caramel" (which we dropped here a few weeks ago), "It's Hard", "Demolition!", "U C. US" and "Sun Move On". Cop this joint and holla at Aarophat to let him know what you think..
Posted by EDAYE at 11:37 PM
Labels: aarophat, spotlight