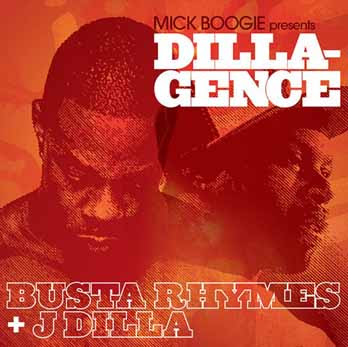 Shout out to John Robinson for the info..

The homie Busta Rhymes called me the other day following up on an idea I gave him months and months ago. So long ago that I actually forgot about it. He called me with four very specific words: “Check your inbox, son!” When I opened it, I found song after song of unreleased craziness from Busta and the late, legendary J Dilla. So after a week of figuring out our strategy, it’s done. Mick Boogie + Busta + Dilla = Dillagence. The album of the year…and it’s not even an album!

Get it this Tuesday at the above link!
Posted by EDAYE at 3:39 PM
Labels: busta rhymes, dilla, mick boogie, mixtapes