A Conversation With The God-RAKIM 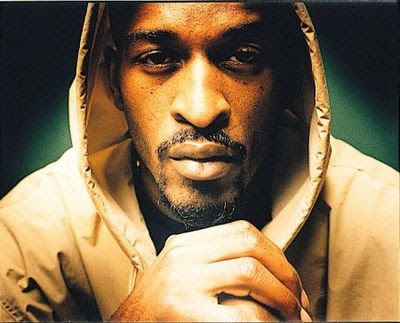 The other night after he simply killed it at San Francisco’s Mezzanine Night club, we sat down and spoke with the man who many consider to be the greatest emcee of all-times. We’re talking about Rakim aka the 18th Letter. No we didn’t get into the over-played conversation about why he and Dr. Dre never completed that highly anticipated album. Instead we got his take on the current state of Hip Hop and how he feels about today’s crop of emcees. He talked about the love he has for artist like Lupe Fiasco. Contrary to what many Hip Hop purists would like to hear him say, ‘the R’ talked about how it was important to hear people embrace and reflect their unique regional backgrounds. In other words its not productive to hear everyone trying to sound like a cat from New York and he wasn’t about to start classifying people as rap vs Hip Hop etc. He agreed with the assessment that much of this labeling comes from journalists who like to act like papparazzi. He talked about the ways in which Hip Hop has evolved overseas.

We talked to Rakim about his upcoming album which will be released on his own independent label. He noted that he put on his CEO cap and brought forth some great surprises that Hip Hop is in dire need for. He wouldn’t offer up too many details, but he promised that folks will be absolutely pleased.

he also touched upon the mindset he has when it comes to writing rhymes. He’s an avid jazz fan and for those who don’t know, Rakim is a trained saxaphone player. He said that he composes songs much like jazz musician and that each word uttered has to fit nicely within the notes of a song. His smoothness is attributed to him rapping the way he feels sax player would blow notes. He also talked about the importance of taking time to write songs and bring forth inspiring and meaningful lyrics.

We also touched upon the topic of gangsterism and gangsta rap. For those who aren’t familiar, when Rakim came up he was around some of New York’s most notorious gangstas. The back cover of his Paid in Full album, show folks like the Original 50 Cent. He explained that he never felt a need to talk about other people’s gang tales because he didn’t want to exploit their situations. Nor did he want to bring unnecessary heat on folks. He said he was well aware of the madness that went on around him but it was important to keep street stuff on the streets and not broadcast it on wax. In other words real bad boys don’t tell no tales.

We concluded with Rakim talking about politics and conscious raising music. he said he wasn’t the type of cat to look at an event and write about it. he said his consciousness was more organic and heartfelt his day to day living.

We felt blessed and enlightened and so should you after you peep this incredible interview that was done by myself and collegue Sam Chennault of SF Weekly and Rhapsody Music.
Posted by EDAYE at 1:38 PM