WHITNEY We Will Always Love YOU! Funeral Services Begin At Noon Today 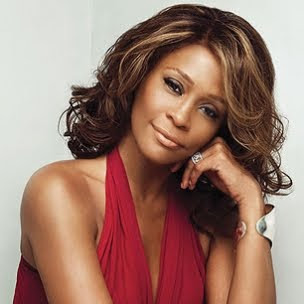 By now the world knows that one of our beloved musical icons, Whitney Houston, passed away one week ago just a day before the Grammy Awards. I haven't posted anything prior to today because I decided to wait until I could digest all of this. We all know of her professional achievements and personal demons that has brought us both joy and sadness. Her music lifted and inspired us. Her beauty greatly admired. When it came to the surface that she battled with alcohol and drug addiction, many identified with that struggle and supported her recovery. All of us know someone from within our familial and friendship circle that is dealing with substance abuse. The results of her autopsy have not been fully revealed as of yet. Most reports of her last days have indicated that she may have continued to spiral downward although she has been mounting a comeback over the past couple of years. Her astounding voice has been ravaged by years of freebasing cocaine, smoking marijuana and heavy drinking.

Whatever it is that she succumbed to, it doesn't make the loss any easier to accept. Far too many of our greatest entertainers are dying at a rapid pace while many are still in the prime of their lives. Anyone reading this that knows of a friend or family member who struggles with addiction, show them tough love. Call them on it. Be there for them as an ear, a shoulder; someone to point them in the direction of help if they want it. That is all we can do. It is up to the individual to truly want to release themselves from the burden of dependency. Whitney Houston's funeral service will be streamed live today online at 12pm EST and will be broadcast on some news outlets such as CNN. I will be tuning in to say goodbye.

To view her funeral service on the Associated Press livestream click HERE
Posted by EDAYE at 11:12 AM
Labels: whitney houston