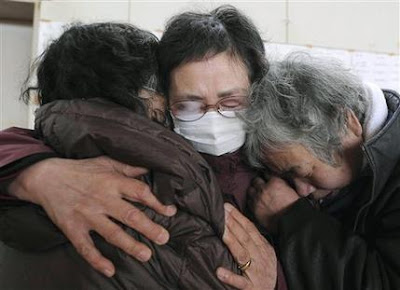 The side effect of this natural disaster is the impact on the global marketplace. Japan is the primary manufacturer and supplier of electronic components for numerous industries. General Motors & iPad sound familiar? We have been served with visions of end of the world scenarios through entertainment. This is the real thing, its scary and it is one of the most significant events of this millennium. An event of this scale could occur in many other major cities. Let's continue to offer prayer and assistance to Japan throughout this crisis. There are many organizations to turn to but as with anything else choose wisely. Yahoo! a list of reputable organizations HERE
Posted by EDAYE at 4:33 PM