RZA Reveals More Details About "Man With The Iron Fist" 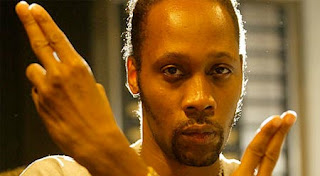 RZA's first mainstream directorial effort, "Man With The Iron Fist", is truly a labor of love. Its his first serious martial art film and he has secured the help of accomplished directors Quentin Tarantino, Eli Roth (Hostel) and cinematographer Chris Doyle (Jet Li's "Hero"). RZA has secured actor Russel Crowe to star in the film and is shooting in Shanghai. Master Yuen Woo Ping has also been approached to do the choreography for the film. COMINGSOON has a great interview with the RZA as he preps the upcoming film. Hit the link for more.
Posted by EDAYE at 2:43 PM
Labels: eli roth, kung fu, movies, russel crowe, rza