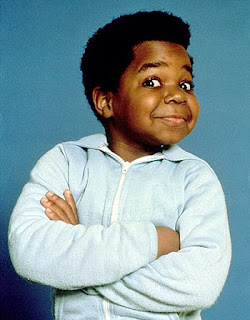 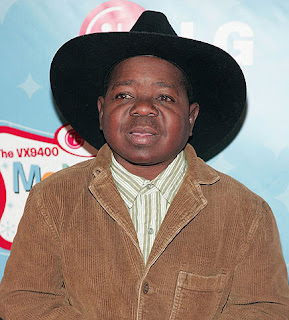 One of the most well known and beloved TV actors and former child star, Gary Coleman, passed away today at age 42 following hospitalization for an intracranial hemorrhage. Coleman had been on life support since earlier this week near his home in Salt Lake City, Utah.  Gary Coleman became famous after portraying the character Arnold Jackson on the hit TV series "Different Strokes". Over the years he has often appeared as himself and rode the success of his former role through the decades. His journey has been met with various health issues due to kidney disease, family estrangement and several mishaps with the law. He was an avid model train collector and had recently married a much younger woman in her 20's. Gary Coleman will live on in the hearts and memories of the millions of fans of "Different Strokes". Read about what many friends and co-stars had to say about his passing HERE
Posted by EDAYE at 5:51 PM
Labels: gary coleman