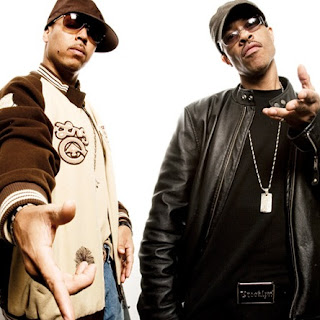 A blog on villagevoice.com published an investigative report earlier this week that exposes hacked emails from Guru's former partner, Solar, prior to his unfortunate death. There has long been talk of shady business dealings, abuse and unprecedented control over Guru's life by his former partner and self-proclaimed "super producer". The emails reveal degrees of deception and misinformation that was allegedly perpetuated by Solar. The article reveals, "...anonymous hacker made public emails sent between Solar and various parties, including documents that seem to indicate that Solar is more evil than anyone could have even guessed. The emails appear to show that Solar forced Guru to tour instead of seeking medical help; that he controlled Guru's access to his own email account and various other web presences; that Solar owed money to multiple parties; and, perhaps most chillingly, that Solar attempted to pimp out unreleased music from Guru after the rapper's death." There was an update to the article published the following day that provides more insight. You can read more HERE and the link above. Hip Hop is waiting for the truth and it will be revealed..
Posted by EDAYE at 11:51 AM
Labels: guru, solar