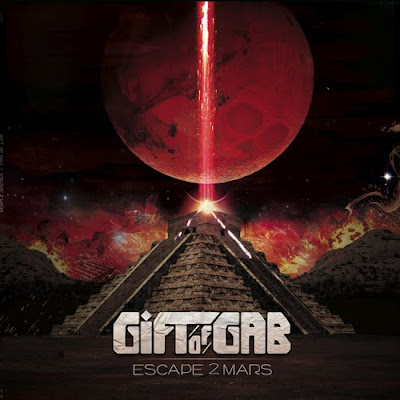 Blackalicious MC Gift of Gab’s sophomore solo album, Escape 2 Mars, is now available for purchase in stores. The 11-track album features such artists as Lateef the Truthspeaker, Bart Davenport from Honeycut as well as Brother Ali and Del the Funky Homosapian, who are featured in the hot single “Dreamin”. The album’s artwork gives just a small dose of what to expect from the record’s highly energetic and spacey representation of indie hip hop, which earned Escape 2 Mars 4 out of 5 stars from Urb Magazine. “Gab’s gift, which (unlike most rap veterans) remains strong and consistent as it’s been since the early 90s,” the magazine wrote.

Listen to the album on the Escape 2 Mars Mini-Site:
http://www.cornerstoneras.com/giftofgab/escape2mars/