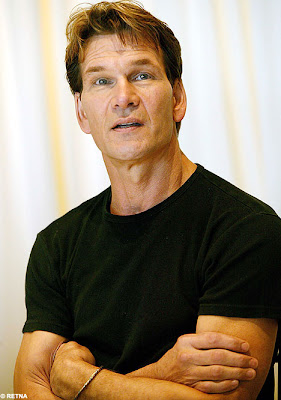 After a long battle with pancreatic cancer, Patrick Swayze, star of iconic films, "Ghost" & "Dirty Dancing, died Monday. Fans of the actor learned of his illness in early 2008. He kept working despite the diagnosis, writing a memoir with his wife and starring in "The Beast," an A&E drama series. He will forever be known in the hip hop community as the inspiration for a popular slang term in the late eighties/early 90's- "Swayze". His last name, "Swayze" was used to define "I'm gone", "I'm outta here", "I'm leaving" referring to his character being a ghost in the film of the same title.
Posted by EDAYE at 2:51 AM
Labels: patrick swayze